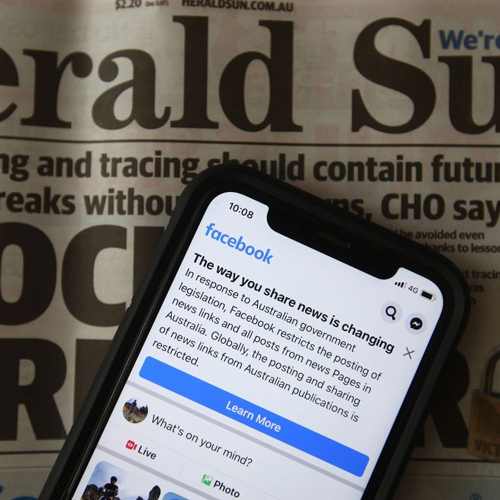 Facebook has agreed to restore the pages of Australian news publishers on its platform after the Australian Government added some new amendments to its proposed Media Bargaining Code, which will essentially give Facebook more time to negotiate separate deals with publishers, paving the way for the launch of Facebook News in the region.

"We’re pleased that we’ve been able to reach an agreement with the Australian government [...] After further discussions, we are satisfied that the government has agreed to a number of changes and guarantees that address our core concerns about allowing commercial deals that recognize the value our platform provides to publishers relative to the value we receive from them."The Government has implemented four amendments to its proposed code, which would have forced Facebook to pay publishers for any links to their content posted on its platforms. But the key addition in question appears to this:

The amendments also note that a publisher will be informed on the Government's decision to include it, or not, under the Code within one month of being assessed for such, and that the platform will then have two months to negotiate commercial agreements with publishers before it's forced into arbitration on a payment agreement.

In other words, Facebook now has two months to establish a satisfactory level of commercial agreements with Australian news publishers before the Government decides whether they're 'significant' enough for Facebook to avoid enforcement under the code.

Back in 2019, Facebook inked deal with a range of local broadcasters for exclusive Facebook Watch content, while the company has also established connections with several online media publications, and was planning to invest 'millions more' in the local news sector by bringing its separate news tab to the nation. Facebook scrapped that plan when the Government continued to push ahead with its Code, but now, based on these amendments, that appears to be what's going to happen.