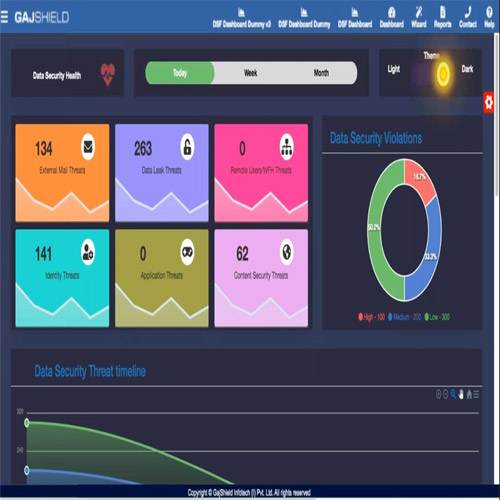 Deemed as a robust version of cyber defence, GajOS Bulwark renders an in-depth distinctness on various threats. As compared to its previous version, GajOS Bulwark 5.0 provides newer features, ensures better protection, data security health, along with an option to view complete real-time reports at a glance.

Sonit Jain, CEO, GajShield Infotech, said, "It has become crucial in today's times to keep a tab on your potentially sensitive information. However, it takes more than just security to keep harmful elements out of your organisation. It requires a sturdy hand that helps you monitor everything, beginning from your personal data, IT assets, associations and interactions. The GajOS Bulwark 5.0 takes it up a notch higher than the previous version by including critical elements that the cyber world demands today, including secure SDWan and virtual firewall environment within an organisation."

"Bulwark implements technology that looks beyond application usage and employs contextual intelligence engine to gain clarity into various levels. It believes in deep diving into all types of data by inspecting the context along with the application behind it. It makes sure to scrutinise every aspect of the communication, including the suspicious senders, potential threats and leaves no scope for data or privacy breach within the organisation," he adds.

GajOS Bulwark version 5.0 ensures optimum safeguarding and makes sure that it is user-friendly along with hassle-free functionality. By supplementing enhanced features for its users year on, GajShield Infotech aims to make cyber security an approachable concept for the tech-driven world of tomorrow.