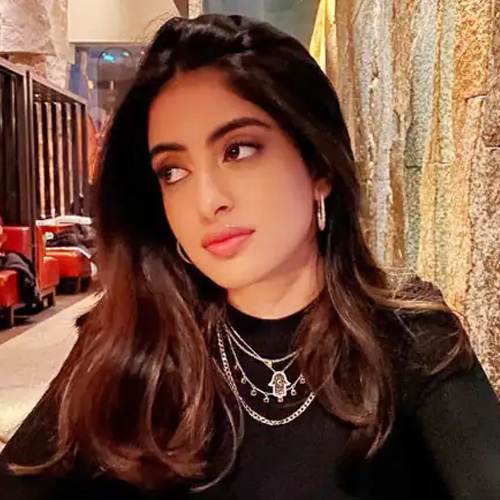 Amitabh Bachchan’s granddaughter Navya Naveli Nanda always manages to remain in the limelight for some reason or the other, despite not being a part of the show business.

If the latest media reports are to be believed, Navya is reportedly in a serious relationship with none other than Siddhant Chaturvedi which makes them the newest couple in town. This piece of news has not, however been confirmed yet.

Earlier, reports were rife that Navya was dating Javed Jaaferi’s son Meezaan, whom Navya knew through his sister Alaviaa Jaaferi. In various interviews in the past, Meezaan has stated that they were always just good friends and the dating reports in the media only made them feel awkward ater a point of time.

Navya has made it clear in one of her earlier interviews that she does not wish to make her career in Bollywood. She said that the young talent had expressed her wishes to join her father in their family business. She will reportedly be the fourth in the generation to take the lead and the first woman. According to her, it is a great sense of pride for her to be carrying forward the legacy left behind by her great grandfather HP Nanda.