Air India cancels eight flights to US amid 5G rollout 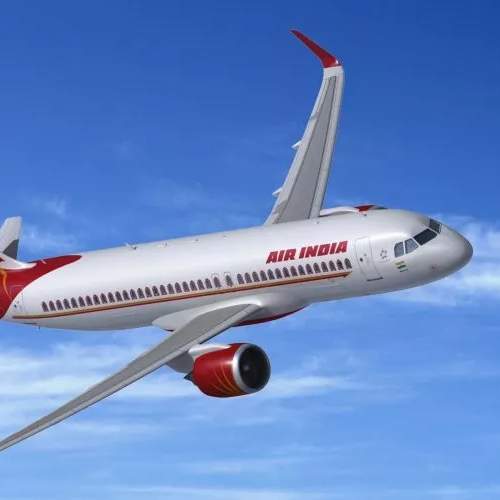 Amidst the fear that the rollout of 5G mobile service in the US could potentially interfere with aircraft navigation systems and with global airlines rescheduling their flights, Air India on Wednesday said it has decided to cancel eight flights on US routes.

Air India said on Twitter on Wednesday that due to deployment of the 5G communications in the US, it will not operate eight of its flights on the Delhi-New York, Delhi-Chicago, Delhi-San Francisco sectors. The Director General of Civil Aviation (DGCA) is learnt to be coordinating with Indian carriers on the issue.

Air India, American Airlines and Delta Airlines currently operate direct flights between India and the US.

A warning issued by the US Federal Aviation Administration (FAA) on January 14 said that the new 5G technology being rolled out in the US from Wednesday could potentially lead to interference with on-board instruments such as radar altimeters.

Altimeters measure how far above the ground an airplane is flying. Radar altimeters operate in the 4.2-4.4 GHz (gigahertz) frequency range and the concern being flagged by aviation authorities and airlines is that the auctioned mid-range frequencies in the US are extremely close to this band.

The US had auctioned 5G bandwidth to mobile phone companies in 2021 in the 3.7-3.98 GHz on the spectrum range called the C-band. The use of C-band spectrum for deployment of 5G technology by telecom service providers has been a cause of concern for the aviation industry throughout the world. Aviation regulatory bodies across geographies as well as airlines have argued that if the frequencies of commercial 5G deployment is “near” the frequency of the airwaves being used by wide-body aeroplane instruments such as the altimeter, it could disturb readings.

In most other countries and regions such as the European Union, where deployment of commercial 5G has started, most telecom service providers operate in the 3.4-3.8 GHz range, while in South Korea, 5G operates in the 3.42-3.7 GHz band. Both these frequencies are lower than the mid-band frequency of 3.7-3.98 GHz range in the US, which airlines say is extremely close to the 4.2-4.4 GHz range that the airlines’ altimeters use.

The issue appeared to particularly impact the Boeing 777, a wide-body aircraft used by carriers for long-haul operations.