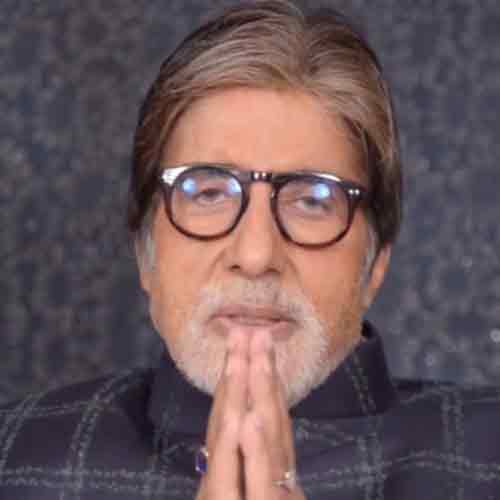 Amid the world fighting COVID-19 outbreak, the world has always been struggling to ward off superstitious belief and misinformation. Fall to prey to all this was megastar Amitabh Bachchan. On March 22, Prime Minister Narendra Modi had called for a Janata Curfew. Along with that, he had requested the people of the country to come to their balconies and windows at 5 pm in the evening and clap or clank thaalis for five minutes, to show appreciation for the medical professionals and other essential service providers, who are relentlessly supporting India in fighting Covid-19.

While most used it as an opportunity to express gratitude, there were a bunch of WhatsApp forwards doing the rounds, spreading misinformation about the precise time of the day chosen for this activity. 5 pm on March 22, according to those fake forwards, is the very time when 'evil forces were most active' and that 'clapping or shankh vibrations would ward them off'.

Amitabh Bachchan tweeted the same 'fake' information at about 12.30 pm today. He wrote, "T 3479 - AN OPINION GIVEN : 5 pm ; 22nd Mar, 'amavasya', darkest day of month ;virus, bacteria evil force at max potential & power ! Clapping shankh vibrations reduce/ destroy virus potency Moon passing to new 'nakshatra' Revati. cumulative vibration betters blood circulation," along with a black-and-white photograph of himself. Lest he be accused of spreading misinformation, the veteran actor began his tweet with, in all-caps, "AN OPINION GIVEN".