An informed citizen is the best defence against Deepfake 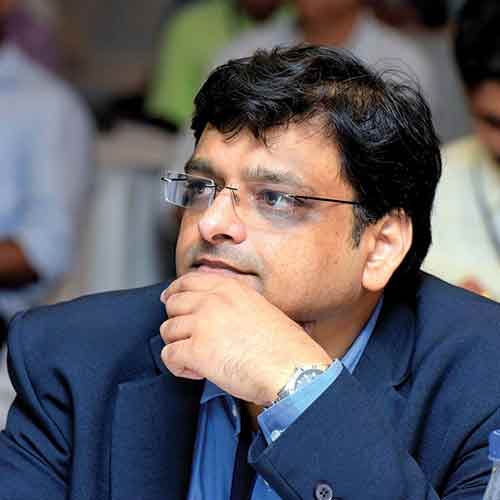 Work-from-anywhere is not something new for IT companies such as ours. Our employees have been used to this but for many of our customers this has brought in a paradigm shift in their way of working. The first and most important thing is to be vary of the fact that no matter where we work from, systems are vulnerable as soon as they are connected to the network. Layered defence mechanism works best for any kind of security, be it physical or virtual. It is important to identify the attack points in the landscape.

For example, if someone is using a SaaS application, the attack points besides the endpoint would be the data in motion over the Internet,  data at rest, data during processing, the virtual machine itself that can be compromised, and the SaaS application which could be vulnerable. Every attack point has different ways of making them secure.

We should make sure that the basics are not neglected as part of the security framework, something as simple as having updated antivirus running on systems. Use of trusted and encrypted WiFi connection, https for secure connection over Internet or use of Web VPN etc. should be part of the defence mechanism. While technology can help us, the most important thing is to educate the customers and employees about the types of threats such as email phishing, link jacking, unsecured WiFi connections etc., and common safety measures for keeping their work safe. It would also make sense to promote mandatory backups and frequent password recycling which are real basics and mostly overlooked.

Deepfake is, and will be one of the most damaging threats in coming times. It has the power to bring down nations, forget an organization, by creating communal violence for example, by simply creating few doctored videos. We see a lot of doctored videos today floating on the internet and WhatsApp, and these videos can sometimes cause unrepairable damages.

As AI/ML technology is maturing, supported by the advances in neural networks and deep learning, it would not be surprising if the original video looked fake against the fake one. With the technology available in every common person’s fingertips, we are sitting on a potential time bomb. With all the nuclear weapons and military on one side, and few Deepfake images/ videos on another side, it would be difficult to gauge which side can cause more harm to a nation. As mentioned before, technology can be used to mitigate the risks, but till then it goes back to the basics of educating the people of the possibilities and increase awareness. An informed citizen is the best defence against such threats.