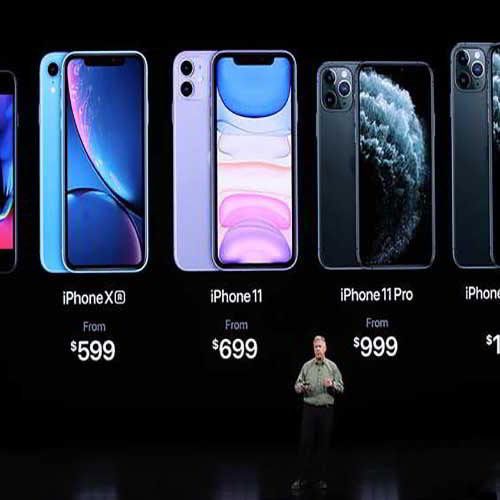 Apple strategy shows it’s aggressive approach on the pricing , which has observed in the keynote address on Tuesday. Apple became one of the world’s most valuable companies by designing innovative consumer hardware and charging a lot for the gadgets.

Apple felt the heat of the competition, It sees iPhone shipments down 15% this year, resulted the iPhone 11 starts at $699, down from the iPhone XR’s $749 price last year. The XR stays in the lineup for $599, a $150 decrease for a phone that’s only a year old. That’s one of the biggest year-over-year reductions in iPhone history.

“The biggest news from the Apple launch was the price cut for iPhone 11,” Chris Caso, an analyst at Raymond James & Associates, wrote in a note to investors. “We view this as an admission that Apple stretched too far with the price points at last year’s launch.”

Lowering prices may encourage more people to upgrade iPhones sooner, while luring new users for a growing digital subscriptions business. The iPhone 8 from 2017 now costs $449, also down $150, while the Apple Watch Series 3 from the same year saw its price drop to $199 from $279. That should help Apple better compete with Fitbit Inc.

“Many of the users who purchase lower priced devices will eventually become customers of Apple services,” said Jitesh Ubrani, a research manager at IDC. “They’ve shown they can do this in the past with hardware: If you bought an iPhone you were likely to buy an iPad or AirPods.”