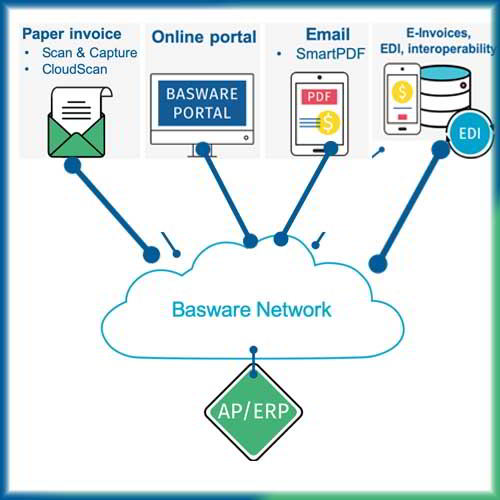 With over 1.2 billion invoices sent annually in Australia alone, the Australian and New Zealand governments began to take steps to deploy PEPPOL just this year to help increase business opportunities in and between their countries, while making it easier to integrate with the global trading environment. On August 13, 2019, the very first Trans-Tasman four-corner model for e-Invoicing became live for Aidacare, one of Australia's largest Healthcare Equipment and Service providers and a Basware customer.

Issuing paper invoices is a heavily manual process which results in high costs and low efficiency. When human error and mistakes inevitably occur, delays follow suit: bottlenecking the process and delaying payments. Which is why those who adopt business standards like PEPPOL are on a mission to resolve those issues through invoice automation. For years Basware has led this mission of automation for a countless number of companies in many countries including Singapore, New Zealand and Australia.

Basware had been working with the Digital Business Council (DBC) from its inception and agreed to participate in pilots of the technology with other DBC members. Technical readiness was achieved by establishing a new set of infrastructure conformant with the DBC messaging platform (EBMS3/AS4) and then testing it with a range of different providers. In February 2019, the DBC was reformed into the Trans-Tasman Working group, including the New Zealand Government. As the ‘A-NZ’ PEPPOL framework had not yet been fully completed, yet significant technical progress had already been made with existing participants, it was decided to proceed with the Pilots until such time as all parties could migrate to PEPPOL.

“Basware has been in the forefront meeting the requirements of the upcoming Trans-Tasman standard since July 2018,” said Michael Pyliotis "Basware Network was upgraded in January 2019 to support delivery of electronic invoices using Trans-Tasman specification and protocol wholly within Australia. We are thrilled to be a leading provider for this transformation to fully automated e-invoicing. It is a significant milestone for the e-Invoicing project in Australia and one giant leap towards a future-focused e-Business world for this region.”