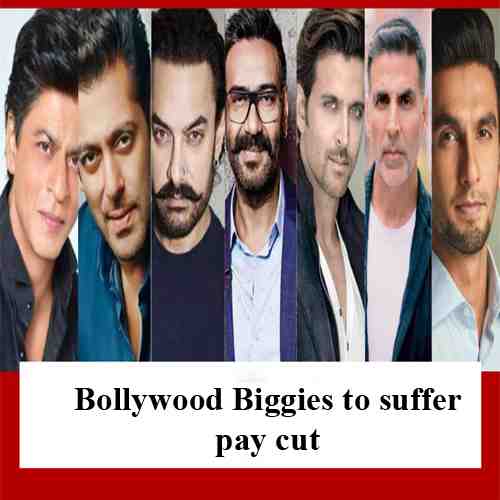 As the film industry stares into the abyss of unprecedented economic slump, experts say the only way out of the mess is that the leading men lower their fees per film drastically.

A well known producer who wished to stay unnamed said that A-list actors from Akshay Kumar to Ajay Devgn to Ranveer Singh all charge between 90 to 130 crore rupees, This will have to end their charge.

"Interestingly among the above-mentioned A-listers Shah Rukh, Aamir and Hrithik do not have any films on the floor. This means they will have to re-negotiate their on-the-table fee whenever they sign a new film.

Trade pundit Taran Adarsh feels the drop in star remuneration is inevitable now. “At a time when the industry has come to a grinding halt due to the lockdown, the economics have gone haywire. No one knows when cinemas would re-open or when films would hit the screens.

Again, you cannot expect moviegoers to throng the cinema halls when theatres reopen. Earning your livelihood and getting life back on track will take priority. Entertainment is last on anyone's list.

Resultantly, the costs will escalate and the producer, obviously, will have to bear the brunt as far as the final costs are concerned at the time of release,” says Adarsh.

“The financiers, producers and actors specifically will need to be on the same page as far as the economic viability of the project is concerned. It's a scary scenario right now, frankly,” concluded Adarsh.

Another Trade analyst Amod Mehra is of the opinion that star fees would not take a direct hit. “Most A-list heroes are also producers. So, their income will reduce but not the fees.”