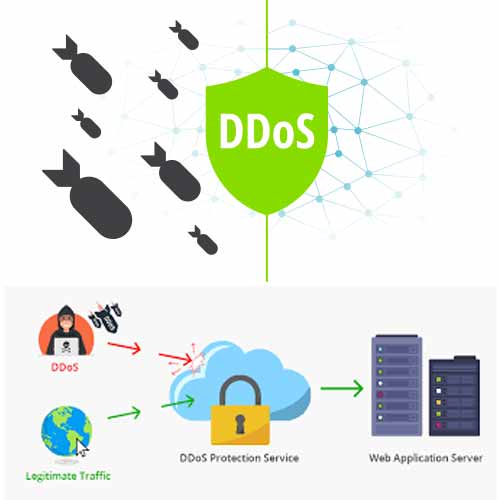 DDoS (Distributed Denial of Service) mitigation services include the vendors that deliver services for detecting and mitigating DDoS attacks. The success of DDoS Mitigation service is measured when a network that is targeted in an attack is protected and kept up and running. In the past, most of the DDoS attacks were focused on the network layer and they were volumetric attacks with a massive amount of resources/computer power that was needed to bring down the server. But today they are getting more sophisticated, targeted, and focused around exploits at the Application layer.

The DDoS mitigation providers can be grouped into four categories: scrubbing centers, content delivery networks (CDNs), CSPs and hosting providers and infrastructure as a service (IaaS). There are multiple benefits of an intelligent DDoS mitigation service, that includes, minimize business risk and reduce downtime with effective mitigation solutions, which can prevent the largest DDoS attacks. Secondly, it minimizes cost related to web security without compromising quality and preserving website and application performance throughput attacks.