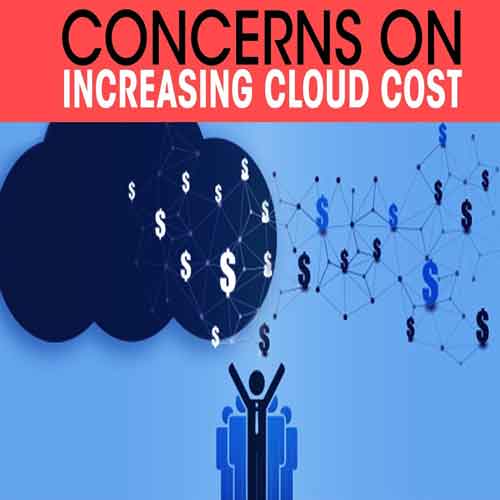 The cloud makes it ridiculously easy to spend money. That we can say, cloud version of shadow IT. If enterprises don’t have a handle on what they have, and what they’re paying for, they’re going to spend on cloud they don’t really need. The pandemic rush to the cloud has left many IT leaders midway through migrations, facing sky-high monthly bills.

Where the rules are broken. Such an attitude often gives rise to 'shadow IT,' which is the use of infrastructure, services and applications outside the boundaries of an organization's corporate IT policies. Shadow IT, that targets cloud-based technology creates what is known as a 'shadow cloud.

Many CIOs in the mid to latter phases of their cloud migrations are increasingly trapped in a vexing quagmire — handing their CFOs massive monthly cloud bills with no ROI to show for it.

Every cloud provider offers discounts and built-in free optimization tools, but the fact is not everyone uses them. Only 36% of AWS users take advantage of reserved instances, and 31% use saving plans, according to the Flexera State of the Cloud report. Those numbers are down from 52% and 44% last year, respectively.

Accenture, for instance, maintains that many of its clients in the 30% and 50% phase of their cloud migrations are absorbing exorbitant cloud costs when expected business outcomes have yet to materialize.

We have seen the cloud companies have massively increased the manpower to sell the cloud solutions by addressing certain fear factors. A report says, many CIOs have adopted the cloud model with a fear of how their jobs will be affected.

IT professionals may even want to prepare themselves to convert their enterprise IT infrastructures into private and/or hybrid clouds, and to take on the role of provisioning cloud services for end users and business partners.

Cloud platform salespeople were incentivized to sell as many cloud access licenses and cloud usage cycles as possible during the business downturn to enterprise buyers who were tempted by discounts and may have overcommitted for monthly cloud services that would not generate proportional ROI in an acceptable time frame.

Companies with a mature approach to cloud learned to control their spending, deploying strategies like guardrails on who can spend what, and using cost and optimization tools — even if it’s just the free options offered by vendors.

Otherwise, spending can get so big that on-prem seems like a cost-effective action. While an alluring option, on-prem systems don’t allow for the flexibility and speed that fosters innovation and makes cloud attractive in the first place. Despite nearly a decade of cloud best practices, some companies are stuck in “lift and shift” mode, moving on-prem data and applications into the cloud.

Many think that cloud usage will save money but actually it is not going to save you money. It’s going to provide you with unlimited access to capabilities you wouldn’t be able to get otherwise.