Did any woman fall for a married man: Rekha responds 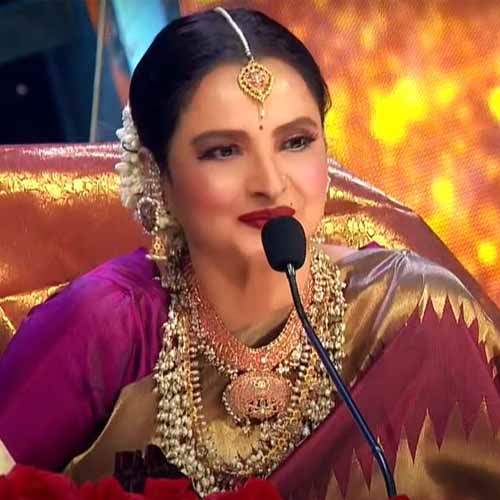 Rekha will appear as a special guest on Indian Idol 12. A new promo speaks, Jay Bhanushali asking the judges if they have ever noticed a woman falling head over heels for a married man.

Veteran actress Rekha has left everyone in tizzy, with her comment on the sets of Indian Idol 12. She appears as a special guest . A new promo revealed host Jay Bhanushali asking the judges, "Rekhaji, Nehu, kabhi aapne dekha hai ki koi aurat itna pagal horahi hai kisi aadmi k liye, woh bhi shaadi shuda aadmi k liye? (Rekhaji, Nehu, have you ever noticed a woman falling hard for a man, that too for a married man?).