Electric-Truck start-up to provide its 'skateboard' platform to Ford 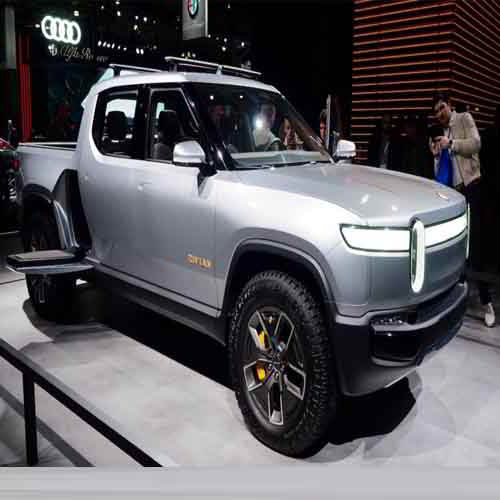 Rivan Automotive Inc., the electric-truck startup backed by Amazon.com Inc. and Ford Motor Co., will provide the “skateboard” platform (entire platform, including the motor, battery pack, computer systems and wheels) for a premium, high-performance electric Ford vehicle, as confirmed by its top executive.

Rivian CEO, R. J. Scaringe in an interview said, “In Ford’s case, we provide the platform. They will provide the top hat, the body and the interior.”

The design is modular and allows for different vehicle body types to be added on top. Rivian is seeking partnerships to scale and grow beyond its own consumer electric vehicle offering.

Ford invested in Rivian in April and announced its intention to build a vehicle using Rivian’s technology.

Rivian’s own R1T electric pick-up and R1S electric SUV are scheduled to go into production this year at its plant in Normal, Illinois, southwest of Chicago. The company hasn’t disclosed pre-order numbers but has said it’s “very happy” with the demand it is seeing for its own cars.

Rivian’s own vehicles, sold directly to consumers, are still expected to account for the majority of its revenue. The projects with Ford and Amazon aren’t affecting production of those vehicles.

Ahead of launching its consumer electric vehicles, the company is planning to open physical stores in the Bay Area and other cities in California, which Scaringe describes as Rivian’s “biggest market by far”. It’s also working on a subscription offering, including insurance coverage, and digital platforms for direct sales to its customers.

“Rivian is also building a fleet of electric delivery vehicles for Amazon which are expected to launch in September 2021. It’s part of a strategy of diversifying the company’s revenues and to “build volume and profitability,” even if consumer appetite wanes or there’s an economic downturn," Scaringe said.

“The first vehicles off the production line will be going to places where they can be sold, which means starting in California," Scaringe said. “Rapidly, we’ll be building out across the country."

“And of course the plant being in the Midwest, we would like to allow people to take delivery of the vehicles at the plant as well,” he said.