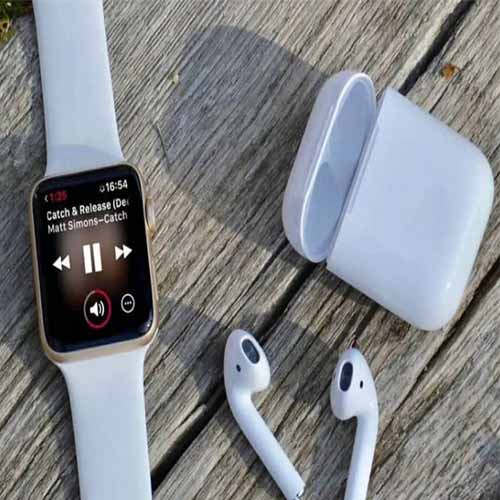 Before the ‘California Streaming’ event on 14 September 2021 where Apple will launch several new products. “It won’t matter if Apple only makes minor redesigns to its wearable products, as the company’s strong brand and customer loyalty will maintain their popularity. In fact, the Watch Series 7 and AirPods 3 are expected to only reinforce Apple’s dominance in the smartwatches and hearables markets, which are estimated by GlobalData to be worth a respective $64bn and $146bn by 2030.

“Apple ranks third out of 48 companies in GlobalData’s consumer electronics thematic sector scorecard. The scorecards rank companies based on their relative strength in the ten most disruptive themes that are impacting their sector. Apple scores five out of five in the wearable tech theme, thanks to the remarkable success of the Apple Watch and AirPods. In 2022, Apple will launch more sophisticated wearable devices featuring new health tracking capabilities to ensure it retains its competitive edge.”

"Apple is a master of aesthetics, helping it stand out in the intensely competitive wearable tech market. The Apple Watch’s rectangular face with curved edges, and the AirPods’ unique shape, have been widely imitated - especially by smaller players. Although the latest changes are likely to be incremental, the new flat edges and bigger screen size of the Apple Watch Series 7 and the shorter stem of the AirPods 3 will differentiate them from their predecessors and rival devices.

“The new designs are in line with Apple’s broader redesign strategy, as seen with the iPhone 12 in 2020. The new look will particularly appeal to users who perceive the Apple Watch and AirPods as tech-enabled fashion accessories."

“The AirPods 3 will reportedly come with better battery life than previous versions, even better than the 24 hours offered by the AirPods Pro and its charging case. Therefore, the AirPods 3 is likely to feature one of the best battery capabilities in the hearables market, which will give it an edge over competing devices. The Apple Watch Series 7 will also feature a smaller-sized chipset than the S6 chipset in the Watch Series 6, allowing Apple to expand the device’s battery capacity.”