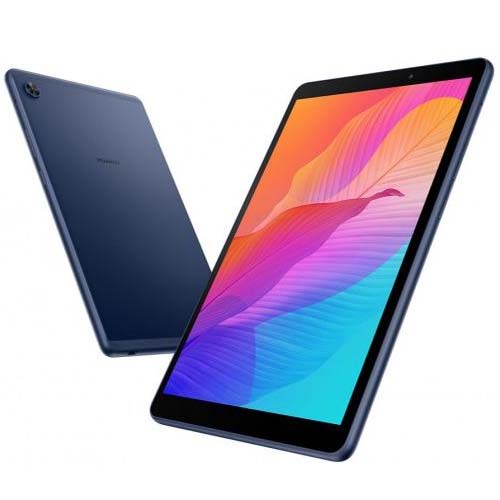 With chic metal body and ultra-slim design, the tablet is ergonomically built, feels lightweight and sleek, and fits well for children and adults alike. The Huawei MatePad T8 is equipped with an 8-inch display and is a perfect tablet for use on the move. Backed by an energy house of a 5100 mAh battery, the device keeps running for upto12 hours of video playback and web browsing.

Customers on the move will be ecstatic as it is fitted with an octa-core chipset for rapid processing speeds and with a 2.0 GHz frequency. The Huawei MatePad T8 battery life comes with a 5100 mAh battery with extended battery life - built to last for long hours. The 5100 mAh will give a user 588 hours with the screen off, delivering 3.5 weeks of battery life which is long-lasting. When switched on, the tablet will give users 12 hours of local video playback, and web page browsing. It also gives a whopping 75 hours of audio playback.

The Huawei MatePad T8 comes with optimized operating systems which mean that users can switch between apps and open apps quickly. It also comes with a Dark Mode, making it easy to read texts easily and it is easily compatible with most third-party apps. Its facial unlock feature is uniquely accessible by ‘raising your wrist’ with fast identification capabilities which open the device immediately and one can go back to working as soon as the tablet is lifted.

Parents will benefit from the latest features installed in the Huawei MatePad T8. The tablet comes with four pre-installed apps – a recorder, camera, multimedia, and Kids Painting. Making it a kid-friendly device, also the parental controls are beneficial to controlling children accessing the tablet such as setting alerts to improve your kid’s posture with the posture alert feature and it also controls ‘how much time your kid spends using the tablet’ with the time management alert among others. Another unique element in the Huawei MatePad T8 is its multi-layered eye protection feature, parents can leave the tablets with kids without any hassles.

It comes with Flip Cover for protecting the device, experts would suggest one buy the blue cover which matches the colour of the Device.  With the advanced technology and user-friendly features – the Huawei MatePad T8 is the perfect “mate” for the music and movie buffs who can now enjoy seamless streaming and long hours of entertainment.

Available in LTE and WiFiversion for consumers in India at attractive prices starting INR 9999, MatePad T8 will be the one of the most affordable tablets with an Octa-Core processor in India.

Additionally, during the pre-order phase, from September 08-14, 2020, the LTE version is also available at a discounted price of INR 9999*. Post the pre-order period, from September 15, 2020, the devices will be available at attractive prices of INR 9999 and INR 10,999 for the WiFi and the LTE version respectively. Furthermore, Huawei is coming up with exciting deals and bank offers on the device.

“Huawei is a brand which constantly focuses on democratising the best of technology making them accessible to masses while creating a level playing field especially in the competitive world. With the launch of the Huawei MatePad T8, the users can expect to work extensively with devices for entertainment, education or otherwise. The tablet is also packed with unique features such as the ‘facial unlock’, a rapid response speed helping users to switch between apps with ease, and the dark mode feature, which makes reading texts easy on the eyes.  Kids will be able to enjoy the feature friendly device settings with pre-installed apps and virtual playgrounds. The posture alert which is unique to the device will protect kids' eyes no matter what position they are in – lying in bed or standing and playing on the device,” said Rishi Kishor Gupta, Vice President, Huawei CBG India.