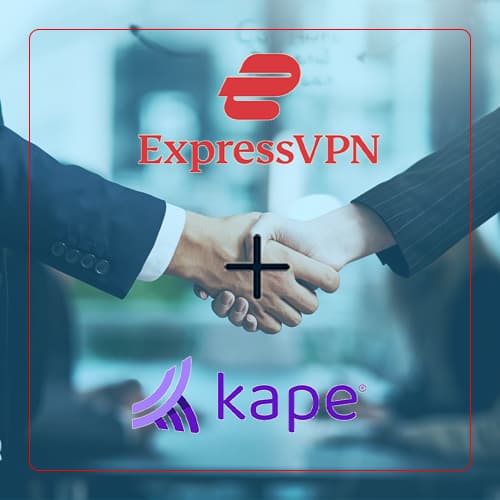 Kape Technologies has announced to buy ExpressVPN for $936 million, consisting of $237 million in Kape shares to ExpressVPN Co-Founders Peter Burchhardt and Dan Pomerantz, which will hand them a 14% stake in the combined entity, with the remainder to be paid in cash over the next two years.

ExpressVPN said it would remain a separate service, and its team would continue to grow. Of its approximately 290 employees, ExpressVPN has 48% involved in research and development. Kape called out ExpressVPN's OEM arrangements with HP, HMD Global, Acer, Dynabook, and Philips.

Kape said in its regulatory filing, the VPN service has over 3 million customers, with over 40% in North America. During the 2020 fiscal year, ExpressVPN posted revenue of $279 million, up 37%, and adjusted EBITDA of $75 million, up 35%.

Kape said, "Significant cross sell and revenue opportunities across the platform; top line and operational synergies greatly improve [customer lifetime value to acquisition cost] ratios and are anticipated to generate cost savings of $19 million in 2022 and $30 million on an annualised cost basis from 2023.”

ExpressVPN said in a blog post, "We've been impressed by Kape's clear commitment to protecting the privacy of users. Their track record with upholding the exacting privacy practices and policies of other privacy protection services under the Kape umbrella is a strong testament to how seriously they take their responsibility to respect user privacy and rights."

The combined company will have around 6 million paying subscribers.