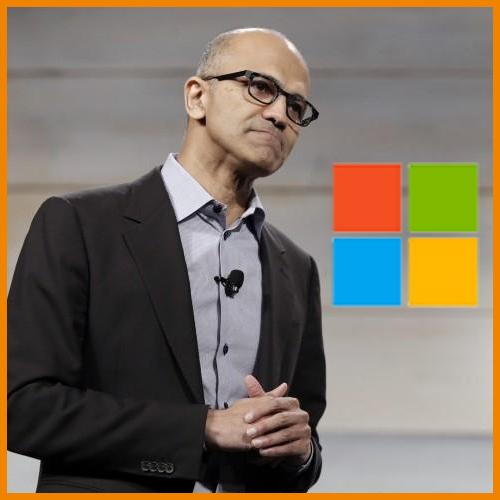 As per news source, commenting on the protest that is going on in India over the new Citizenship (Amendment) Act (CAA), Microsoft Chief Executive Officer (CEO) Satya Nadella expressed his disappointment and said “I would love to see a Bangladeshi immigrant who comes to India and creates the next unicorn in India or becomes the next CEO of Infosys."

Later, in a statement tweeted by Microsoft India from its official handle, Nadella said, "Every country will and should define its borders, protect national security and set immigration policy accordingly. And in democracies, that is something that the people and their governments will debate and define within those bounds. I'm shaped by my Indian heritage, growing up in a multicultural India and my immigrant experience in the United States. My hope is for an India where an immigrant can aspire to found a prosperous start-up or lead a multinational corporation benefitting Indian society and the economy at large."

Nadella grew up in Hyderabad, a technology hub that is home to the biggest Microsoft research and development centre outside the US.

Critics have termed this Citizenship (Amendment) Act as "communal" and "unconstitutional". This law intends to accelerate citizenship for migrants from minority communities in three neighbouring countries, leaving Muslims out of its ambit. Critics say that the law, when implemented along with the National Register of Citizens (NRC), will threaten genuine Muslim citizens in the country.