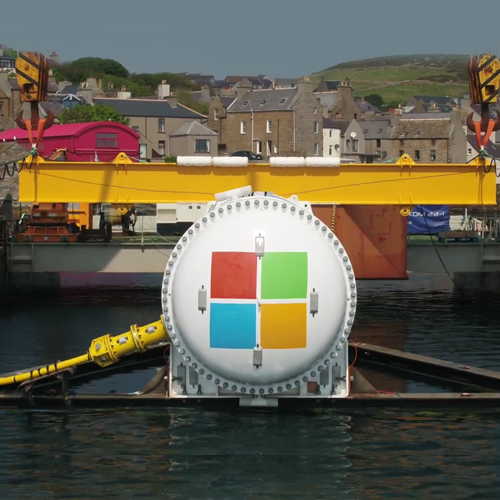 Microsoft pulled its second underwater data center out of the water in Scotland. The company placed a data center 117 feet underwater in spring 2018, calling it Project Natick. Microsoft hoped that dumping computers in the ocean might be the way of the future. The vessel was designed with cooling systems and powered by renewable energy.

This is Microsoft's (MSFT) second data center vessel. For phase one of the underwater data center experimentation, Microsoft deployed a vessel in California, which was operated on the seafloor of the Pacific coast. It was underwater from August to November 2016.

According to a Microsoft press release, the deployment and retrieval of the data center each took a day. Once retrieved, the vessel was power washed and used for data collection.

The team at Microsoft hypothesizes that the nitrogen, which is less corrosive than oxygen, and the absence of people to bump and jostle components, make the data center more reliable than data centers on land. And with heat adding much of the power requirements for data centers, the self-cooling underwater atmosphere makes the vessel more efficient.