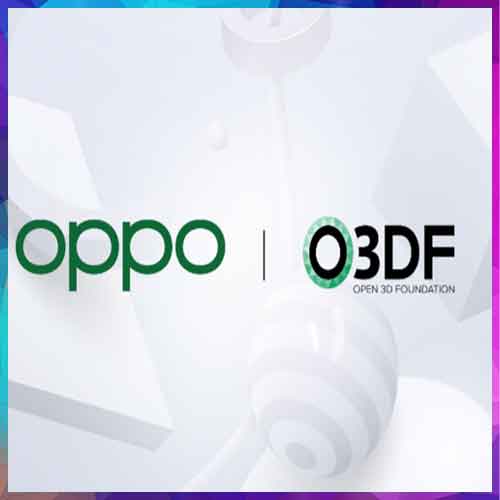 OPPO has officially joined Open 3D Foundation (O3DF), part of the non-profit Linux Foundation, as a Premier member. By joining the Foundation, OPPO will not only contribute to the development and adaptation of 3D graphics technology for mobile devices but will also boost the performance of 3D graphics on them by working with other industry leaders. As part of its commitment to the O3DF, OPPO will actively participate in the O3DF Governing Board and its Technical Advisory Committee. OPPO will also join the effort of creating a working group specialized in the adaptation and development of the O3DE on mobile devices.

Founded in 2021, the O3DF was created to promote cooperation and pooling of resources among developers by supporting open-source projects in 3D graphics, rendering, and game development. The O3DF's flagship project is the Open 3D Engine (O3DE) — a cross-platform, open-source engine capable of powering AAA games and cinema-quality 3D worlds. The O3DF counts 25+ other leading technology companies, including Adobe, Amazon Web Services, Intel, and Microsoft, among its supporting members.

"Today, 3D graphics technology has become an essential element of modern society, with application domains ranging from visual effects, gaming, and medical imaging to the next-generation content like Metaverse," said Hansen Hong, Director of OPPO Software Technology Planning. "We are excited to join the Open 3D Foundation as a Premier member at the early stage of its development. Through our collaboration within the Foundation, we are eager to contribute to the Open 3D Engine with mobile platforms as our focus. Together with the Mobile Device Working Group, we will bring smoother and more user-friendly mobile development experiences to O3DE developers while generating more efficient yet immersive and realistic rendering applications for mobile users. " "We're excited to welcome OPPO to the community, and we look forward to its contributions in helping advance 3D graphics standards through the O3DE project," said Royal O'Brien, general manager of Digital Media and Games at the Linux Foundation and executive director of O3DF. "New members like OPPO personify the value of O3DE's modular architecture, which makes it easier for developers to build 3D solutions that combine the technologies best suited to a diverse set of use cases. Mobile gaming is a great example of how that modular approach fosters extensibility and adaptability from our core technology."

The O3DE is a modular, open-source, cross-platform 3D engine with a photorealistic 3D renderer and other features built to power anything from AAA games to cinema-quality 3D worlds and high-fidelity simulations. The engine is licensed by Apache 2.0 and MIT and is available worldwide. The O3DE features a completely modular construction, allowing developers to choose the functions they want according to their needs. Due to its open-source nature and modularity, the engine is highly scalable, meaning developers can add new tools, functions, and development processes to their projects. Meanwhile, its cross-platform compatibility enables interoperability and portability of real-time 3D assets and tools across development environments, unleashing the creativity of artists and developers around the globe.

The arrival of OPPO to the O3DF community will help accelerate the development of O3DE features and capabilities specifically for mobile devices, allowing advanced computer graphics features such as ray tracing to be used in more mobile applications. At the Game Developers Conference (GDC) in March this year, OPPO introduced the ColorOS Ray Tracing 3D Wallpaper, successfully bringing interactive ray tracing applications to smartphones for the first time. Users can watch in real-time by tilting the smartphone as virtual light interacts with virtual environments to create shadows, reflections, and other lifelike light effects.

Through the O3DF and other initiatives, OPPO will continue to work with developers and partners to seek more Inspiration Ahead, expanding access to technology to enable more people to enjoy a smarter life.