Organizations prefer MongoDB due to all the benefits of heavy lifting, easy security and privacy 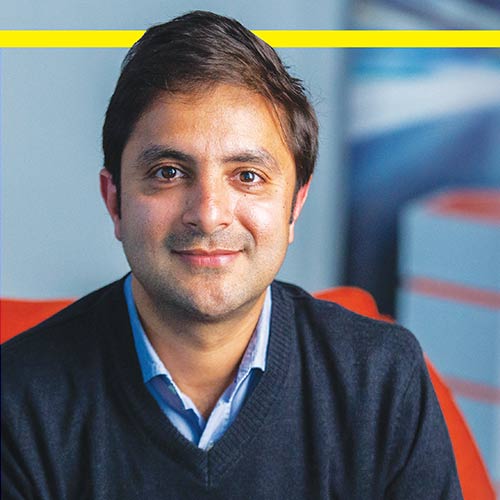 In a chat with VARINDIA, Sachin Chawla, Vice President, India and APAC, MongoDB talks about the opportunities in the India market, channel expansion plans, go to market strategy for enterprises etc. -

The Indian market has gone through a sea change in the last few years. Customers have moved on from the buying model to a consumption based model. For MongoDB, India holds immense opportunities and it is building up its customer base with enterprises, startups, developers and SMEs. The company helps businesses with all the benefits of heavy lifting, easy security and privacy. Developing applications on MongoDB is also very easy for developers. It is growing at a rapid pace and the journey of the company has just started in the market.

There has been a massive shift in the last six years in the way customers consume IT. They have moved on from a buying model where they buy software then deploy and manage it. It is gradually shifting towards a consumption based model.

For MongoDB, the India market is huge and it can be divided into three main segments. Elaborating on the same, Sachin Chawla says, “If you just look at the Indian market, it is really a huge market. I would divide it into three main segments. We have 1200 odd enterprises in India, then 34,000 active startups and we have about four million developers in the country powering these two segments, and the third segment is 72 million SMEs and they are also on the cusp of being digitized.”

In India MongoDB has a thriving business with more than 1800 customers and the customer base is growing at 60% year over year.

Sachin further says, “The MongoDB software was downloaded 100 million times last year and a large part of it is downloaded in India. We have customers across the segments currently.

Cure fit also uses MongoDB and they actually scaled during COVID time because they had to move a lot of things online. They used MongoDB to scale and also to personalize experience.

Then we have enterprise customers, large banks who are building applications on MongoDB. In a nutshell, we are just getting started. For startups, we have already become one of the most loved data platforms. Enterprises, as they are moving ahead and trying to transform, are also choosing MongoDB because they have realized all the benefits of heavy lifting, easy security and privacy. Also for developers we make it very easy to develop applications. For companies today, what is important is how fast you build applications and that is how we help these companies.”

Channel expansion & GTM for Enterprises
MongoDB follows a multipronged go to market strategy. The company has separate sales teams for both enterprises and startups. It also has a thriving self-serve business - where anyone can come and use the product, and then partners.

Explaining on the Partner ecosystem, Sachin says, “We have tiers of partners, the first one is cloud vendors like AWS, GCP and Microsoft. At MongoDB we have close relations with all three vendors. The other piece of the partner ecosystem are the ISVs. There are many innovative new software vendors coming out of India and a lot of them are using new technology to solve customer problems. I think this is where we have also seen a lot of adoption.

The third piece is the VARs. There are different tiers of VARs - the box sellers, service providers, app developers etc. We work with license sellers, custom app providers, consulting partners and now our focus is to double down on the consulting partners of AWS, GCS and Azure. Partners who are working with cloud vendors, a lot of them are ‘born in the cloud’ partners as they have developed the skill of working on the cloud and understand that model really well. So we are doubling down on them and scaling and enabling them to go to market.”

Second, we run a number of user groups in different cities from time to time. We are really looking forward to ramping up and doing it more.

Third, we made it very easy for developers to sign up with MongoDB. We also have something known as developer hub where anybody can go and get all the help, have their questions answered.

We are just getting started. There is so much to be done with the market, and also with developers.”