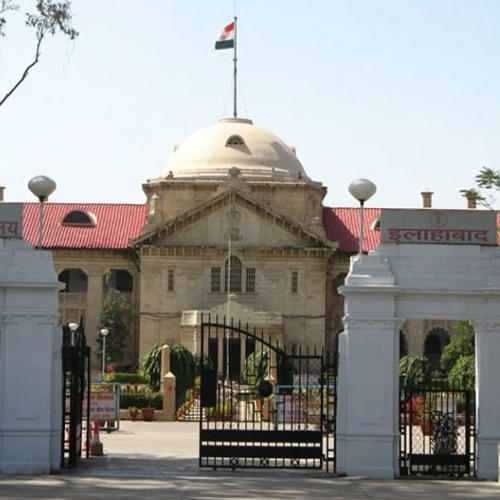 The Allahabad High Court has issued notice on a petition challenging the validity of Section 69 of the Information and Technology Act, 2000. The Act empowers authorities to intercept or monitor information through any computer resource. The order was passed by a bench comprising Chief Justice Govind Mathur and Justice CD Singh on a PIL filed by Saurabh Pandey, an aerospace engineer currently pursuing LLB (Hons.) from IIT Kharagpur.

During the hearing, the PIL was opposed by Assistant Solicitor General (ASG) of India, Gyan Prakash, who attacked the maintainability of the petition, as the petitioner had not disclosed the credentials and the requirements under chapter 22 of the rules of the court. The court, however, rejected the ASG's submission and entertained the PIL, observing that the high court can reject such technical objections while exercising the power under Article 226 of the Constitution of India.

The Secretaries of the Ministries of Home and the Law Ministry, among others, were then directed to file counter affidavits by February 1, 2019, which is the next date of hearing. The petition alleges that Section 69 is violative of Article 14 of the Constitution of India, "for the reason being that it gives sweeping power to the executive and is irrational as there is no nexus as to justify having power of such wide magnitude which would result in impinging upon constitutional protected rights of person with impunity".

It essentially contends that such unfettered power places the fundamental rights of the citizens at risk of being impinged by the executive. The petition also alleges a violation of the freedom of speech and expression as guaranteed by Article 19(1) (a), and claims that the provision turns India into a "surveillance state". Infringement of the right to privacy of the citizens has also been alleged. "…the sweeping power to Intercept, monitor, decrypt and data that is being generated, transmitted to stored in any device by the executives amounts to violation of right to privacy as in today’s time electronic devices such as computer, mobile phones can be said to be extension of one's personality and hence ought to protected under Article 21 of the constitution from any unwanted intrusion and only on reasonable grounds," it further contends.

Additionally, the petition challenges the validity of an order issued by the Ministry of Home Affairs, Cyber and Information Security Division under Section 69 read with Rule 4 of the Information Technology (Procedure and Safeguards for Interception, Monitoring and Decryption of Information) Rules, 2009. The order authorizes security and intelligence agencies to intercept, monitor, decrypt any information generated, transmitted, received or stored in any computer resource.