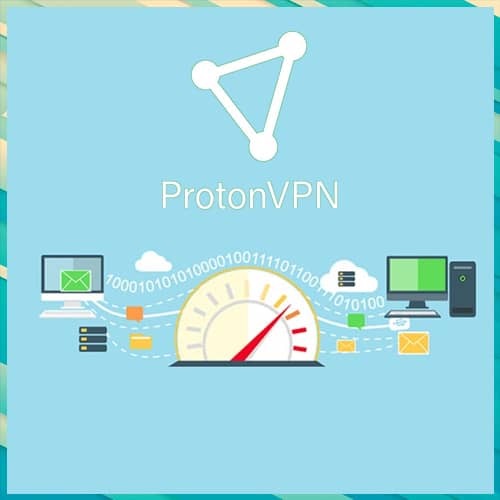 ProtonVPN is a VPN service operated by the Swiss company Proton Technologies AG, the company behind the email service ProtonMail. ProtonVPN protects the journalists and activists who use ProtonMail. ProtonVPN breaks down the barriers of Internet censorship, allowing you to access any website or content. ProtonVPN has long been a good Virtual Private Network (VPN) system. But, now that it's sped up its connection by up to 400%, it demands attention.

ProtonVPN has re-written OpenVPN so that multiple OpenVPN processes per server now run to take advantage of multi-core processors. That's a good start, but to further improve it, since by itself this doesn't properly load-balance OpenVPN processes, other code changes make sure the OpenVPN load is properly distributed between the multiple processes. Similar techniques were applied by other VPN protocols.

TCP, the internet's fundamental network protocol, overall throughput is inversely proportional to latency and packet loss. In English, the more slowdowns and data loss there is in a connection, the slower the connection will go. In practical terms, the farther away a server is from you, the more likely it is you'll have poor latency and lose data packets. The result is lower network speeds. This isn't a VPN problem, it's just the nature of the internet. But, VPNs tend to amplify this program by increasing the distance of the end-to-end path from your device to the final server.

Andy Yen, ProtonVPN's Co-Founder explained, "To give an extreme example, if you were in Switzerland, connected to a server in New Zealand, and visited a website in the US, your traffic would travel most of the way around the world, resulting in approximately 600 ms of round trip delay (RTD) latency."

To address this issue, ProtonVPN breaks up the 600 ms path into shorter paths. This gives you much faster throughput along each of the shorter paths. The net result is better-combined performance over the entire connection.