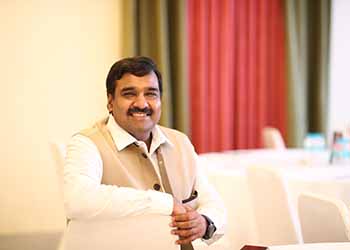 Accolades and awards from organisation like Nasscom and Express Group means a lot for a tech start-up in India which has broken the linguistic barrier for email services globally and it is high time to create a supportive ecosystem to spread ‘ Bhasha Ki Aazadi’ on internet, writes Dr Ajay Data

Being referred as a global innovator in technology especially email address internalization service or getting awards such as ‘Start-up of the Year’ a prestigious media house – Express Group or receiving NASSCOM’s prestigious ‘EMERGE 50’ Award are very inspiring as a head of a tech start-up. However, such honours bring in more responsibility to address the key issues being faced in email services space. The most important task in hand is to make all efforts in creation of a supportive ecosystem for tech start-ups in the country and abroad.

India currently has close to 400 million Internet users out of a total population of 1.2 billion, According to Census 2011, nearly 44% of the population is well-versed in some form of Hindi and nearly 12% understands English. Hindi leads the pack of regional languages. Considering these numbers, it shows how majority of people would like to break linguistic barrier on internet.

Team work, visionary approach, Global market with India advantage, made Data Xgen Technologies one of the most successful IT start-up. With innovation and execution of software products like BharatSync, XgenPlus, Spamjaoo, DATAMAIL has got users world over and won multiple patents. Making a modest start on April 18th 1999 as Rajasthan’s first private ISP the company rapidly expanded its line of businesses in the areas of e-Governance, Software Products, Turnkey IT Solutions and Mobile Technologies.

While recognizingthe need of multi-lingual Internet and bridging the digital divide between English and non-English populations so that the Non-English population can be upgraded to explore the power of Internet, a passionate community of individuals in 1996 starting talking about this and Internationalized Domain Name (IDN) took birth. It took nearly two decades to break the barriers with ‘DataMail’. Only thing which acts as a barrier is the language but even that is being taken care through innovative solutions adapting to Universal Acceptance (UA) and Internationalized Domain Name (IDN). People across the world can use Datamail to connect with each other as it gives them the ease to use the email services in various languages.

Evidently, there is a need to take this innovative global solution to the next level. A robust ecosystem is required to build a road to freedom which is now being referred by us as ‘Bhasha Ki Azadi.’

‘Bhasha Ki Azadi' is not just three words but a movement. We want people to have freedom of the language for whatever they wish to do from there choice. May be if someone is interested to become Doctor , Civil Servant , Engineering or computer programmer if we can have that exoaur me to support the language of persons choice, we are taking away wall of language and giving him freedom to pursue his path of life without learning a new language.

When we force upon a particular language on a person to pursue his carrier, get a business license ,perform a bank transaction, sign an agreement or file a legal case, we are not only pushing the person back but also keeping the country away from becoming super power globally. You will probably appreciate my point more when you are told to read document written in Tamil but you only know Hindi and now you are expected to learn Tamil.

When I travel abroad I see everything in there own local language and there is no force to learn any other language, even English. It worth noted here that a citizen who do not know language other than his local language is not deprived from any opportunity, right or service.

A robust start-up ecosystem would tremendously help in innovating to make life easier for the masses. Made in India, ‘DataMail’, the world’s first linguistic email service supporting IDN’s in 16 Indian and several foreign languages is a small effort in this direction to break language barrier. Citizens may looks at DataMail app which can be downloaded from any android or IOS system for free. It aimed at making every person able to explore and utilize the power of internet by developing and innovating solutions by breaking language barrier, using IDN and adopting Universal Acceptance recommended practices.

Leveraging a Seat at ccNSO

It was indeed a moment of immense pride for an Indian to be able to represent the Asia Pacific regions in the Country Code Names Supporting Organization ccNSO council of ICANN. The position provides an opportunity to bring forward topical issues of concern of Top-Level Domains for India (like .in, .bharat) from a global perspective.Approximately 170 countries are members of the ccNSO and it provides an opportunity to discuss the future of internet. Single character TLD, IDN, Policy and Name innovation are the key areas of interest. A supportive ecosystem created by all stakeholders including governments would certainly help in empowering people across the globe with the Freedom of Language (in Hindi we refer it as Bhasha Ki Azadi).

The ccNSO of the Internet Corporation for Assigned Names and Numbers (ICANN) is the policy-development body for global issues regarding country code top-level domains (ccTLD) within the ICANN structure. The members of ccNSO, which is ICANN's policy development body for ccTLD (country code top-level domains) issues, are all country code Top Level Domain operators from around the world. ICANN provides the opportunity for diverse groups of individuals and organizations to come together to discuss and develop policies for the Internet naming systems.

Various tools and platforms like Emails, video chats, audio calls, messaging apps, websites, chatrooms, social networking sites like Facebook, Instagram, Snapchat, Whatsapp, etc help the people to virtually stay in touch with each other. But there is something that hinders this connection, the linguistic barrier on the internet.

Government, Community and Industry all need to come forward and contribute. Government of Rajasthan with use of our technology became the First State in the World to offer the Hindi Email to its Citizens free of cost. “It was a wonderful moment for me when Hon’ble Chief Minister of Rajasthan, Smt Vasundhara Raje, praised my achievements and work in the field of IT for the State of Rajasthan during a recent launch of RajMail (An app providing vernacular Email ID, powered by XgenPlus) by Government of Rajasthan”

As we are well prepared to celebrate “BhashakiAzadi’ on internet,India certainly needs to upgrade the existing ecosystem- comprising software, hardware and content— which has come together to make the Internet truly inclusive.

Language is basic for communication and associations between individuals. Breaking of linguistic barrier is dubbed as the largest opening in the history of the Internet. Going forward, it is expected to lead to innovations that can’t even be imagined today. 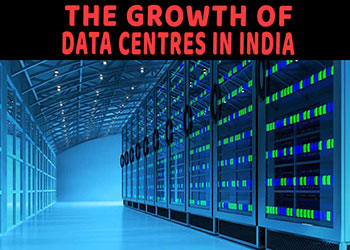 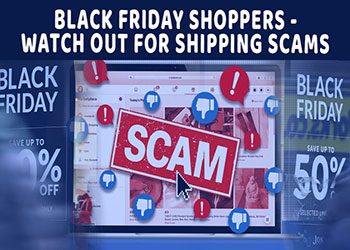