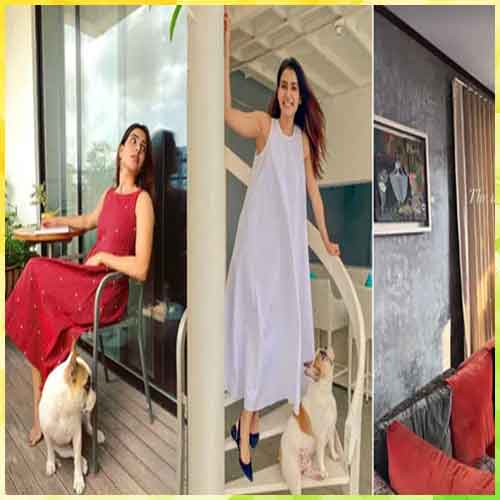 Veteran actor and film producer Murali Mohan has said that actor Samantha Ruth Prabhu had bought the house, in which she used to live together with her ex-husband, Naga Chaitanya. The duo got divorced in October last year.

In a video shared online, Murali said when Samantha and Naga Chaitanya got married they bought an independent house together and used to stay in it. When they were about to get separated, they sold the house and went their own ways. But Samantha worked hard, arranged some funds, and repurchased the house for a higher price as she wanted to stay there. She managed to buy it back and now she stays there with her mom.

One Samantha fan commented, “Basically, everything they accused her of is false & it really takes a strong and secure person to endure it all.”

One fan addressed the rumours around Samantha and Naga's house and said, “There are so many rumors about @Samanthaprabhu2. People said Naga Chaitanya gave this house to her to stay (what a kind hearted he is) and she took 250 crore in alimony. Such rubbish news are made up. She is a self made woman and she won’t depend on anyone."

Recently Samantha appeared on Koffee With Karan, and she opened up about rumours that she got ₹250 crore in alimony. She joked that she would expect the IT department to come knocking any day and she'd show them how she got nothing at all. She also said that the rumours got dissolved on their own when people realised how ₹250 crore is too large an amount to lie about.

Samantha also said that she and Naga have hard feelings for each other currently.