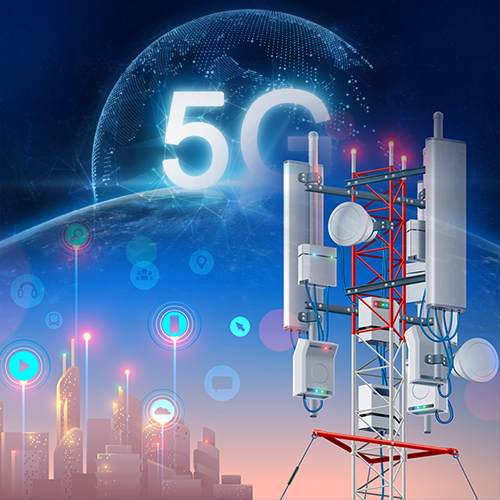 Innovative investment solutions are needed for financing the adoption of 5G technology that will have a multitude of applications and users. Dr. R S Sharma, Chairman, Telecom Regulatory Authority of India (TRAI) said 5G is important for strategic reasons and called for unbundling of infrastructure and investments for different services in the telecom sector.

“This could be one way of distributing investments needed for 5G technology,” Dr Sharma said while addressing the Telecom Summit 2020 ‘5G Technology: Forging Ahead Into a Smarter India’, organized by PHD Chamber of Commerce & Industry with Telecom Equipment Manufacturers Association at the Vigyan Bhawan in Delhi. This could help the private telecom sector cope with the investment needs that are going to be huge, he said.

Sharing of passive common infrastructure is an innovation of India, which China and US are now adopting and sharing of active infrastructure should now also be done and the operators need to be made aware of the benefits to them, to the government and to the users.

It must be kept in mind that telecom players could not be investing alone in the country’s quest for 5G technology that will have multiple applications – machine to machine communications, Internet of Things, manufacturing to name a few, said Dr Sharma. It was mentioned by panelists that factory level 5G networks may need to be installed independent of operators and this should be brought in into the policy and sale of 5G spectrum.

In the end, businessmen have to take a decision based on various factors including return on investment. But for pragmatic and strategic reasons India should embrace 5G, the TRAI Chairman said, and added that there was a need to blend regulations, policies and business interests to make the whole thing a win-win situation for all the stakeholders.

The TRAI has recommended to the government that it must encourage manufacture of telecom equipment in India. Dr Sharma insisted it is important to have control over the core network.

India has the technical capability to use technology in ways more than the one for which they were designed, Dr Sharma said. In fact, there was huge interest in some technologies developed in India – like payment platform UPI and digital identity infrastructure – Aadhaar card - was created. No other country has done that, Dr Sharma said. India may not have developed all the technologies of 5G hardware and software but has done some and is quite capable of development of all technologies.

The key issue is to explore the possibilities of common infrastructure and sharing the same and how to frame policies for this so that no one is hurt, said Pai and added asset monetization could be one aspect that the telecommunication players could consider. The government is open to suggestions from different quarters and most definitely from the industry players, he said.

In a presentation to the Summit, Sandeep Aggarwal, Chairman, Telecom Committee, PHD Chamber, noted that Rs 3.25 lakh crore is to be invested in telecommunications infrastructure by the government in the near future, which forms 3 percent of 102 lakh crore infrastructure investments planned over the next five years.

On the technology issue, Aggarwal said that 5G was needed and it’s technology should be bought instead of products. ITI, C-DOT can be used to invest in higher technology, optical fibre performs and chip manufacturing. The foreign companies must be allowed access to Indian market only on the condition they sell technology and allow manufacture of licensed telecom equipment in India, he said.

The government could consider whether this was the best time to embrace 5G, Aggarwal said and felt that if we go in for 5G now, we could be spreading the butter too thin.

Many panelists mentioned that the right of way being the most expensive part of infrastructure, industry should come together or policy should be formed to pool ROW of all operators and infrastructure providers. On this, Sandeep Aggarwal mentioned the oft repeated request for a common duct policy to be a part of Rs 102 lakh crore infrastructure push by the government.