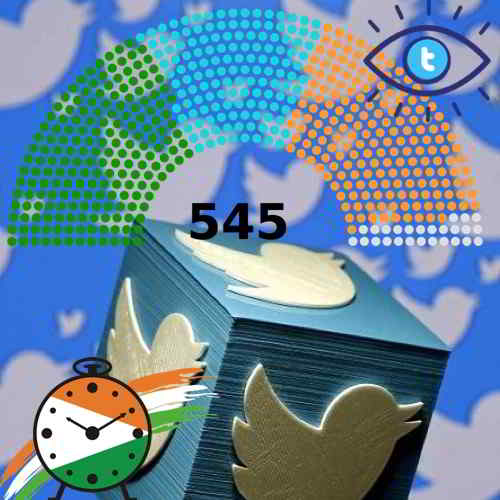 "The enforcement of this policy would begin in the week starting March 11 in specific countries including India, after which only certified advertisers will be allowed to run political campaigning advertisements on its platform." Twitter said, in its blogpost on February 19.

Accordingly, the Ads Transparency Center (ATC) for India went live Monday, with a search feature that allows people to see who is advertising political content on Twitter, the ad spends and targeting demographics.

With ensuing general elections, the Indian government had warned social media platforms of strong action if any attempt was made to influence the country's electoral process through undesirable means.

Over the past few months, social media players like Facebook, Twitter, and Google have promised to infuse more transparency into political advertisements on their platform, and have since lined up a shooting up of measures as part of election integrity efforts.

Twitter, which recently faced allegations of political bias, was last month summoned by the parliamentary panel on information technology to appear before it. The panel asked Twitter to ensure that the upcoming Lok Sabha polls are not influenced by foreign entities and to address issues like political bias on a real-time basis after which the platform agreed to appoint a nodal officer to work closely with the Election Commission.

Lok Sabha elections will begin on April 11 and continue for over a month till May 19 across seven phases, followed by counting of votes on May 23. The polling will be held on April 11, April 18, April 23, April 29, May 6, May 12 and May 19 for 543 Lok Sabha seats across the country in which nearly 90 crore voters would be eligible to vote.