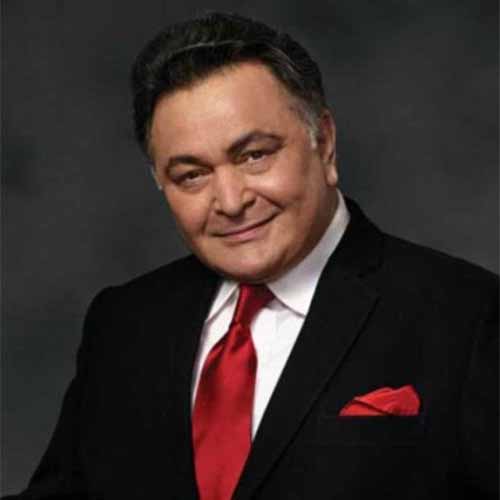 A day after actor Irfan Khan left for heavenly abode, Rishi Kapoor was next to join him. Industry lost another senior actor within two days.

Veteran actor Rishi Kapoor breathed his last today after struggling from cancer. He was 67. The veteran was admitted to Sir HN Reliance Foundation Hospital in Mumbai on Wednesday night. He breathed his last on April 30 2020, suffering difficulty breathing.

The chocolate boy of Bollywood and actor par excellence belong to one of the glamorous families of Bollywood; The Kapoors. Grandson of one of the veteran producer director Prithviraj Kapoor, Rishi entered silver screen and people’s hearts with his debut as a child artist in Mera Naam Joker, for which he received National Award. But, his first on screen performance was in the most iconic romantic song of Shree 420, Pyaar Hua, Ikraar Hua.

With his every film, he went on to rule the heart of the audience. With each performance he grew up to become better. Though he appeared in 100 plus film his is performances in Bobby, Laila Majnu, Sargam, Karz, Prem Rog, Chandani, Damini, Heena, Bol Radha Bol, Sagar, Ajooba, Daraar, Karobaar, Agnipath will be remain etched on people’s hearts forever.

Rishi in 1999 directed Aa Ab Laut Chalein, which proved his direction tactics too. But that did not stop him from acting prowess. He continued his acting job till his last breath. His last film was 102-Not Out, along with his old colleague and friend Amitabh Bachchan. He was diagnosed by bone marrow cancer in 2018. News of his death marked a hollow space in the hearts of his fans and colleagues.

An official statement from Rishi Kapoor's family was released. It said, "Our dear Rishi Kapoor passed away peacefully at 8:45 am IST in hospital today after a two-year battle with leukemia. The doctors and medical staff at the hospital said he kept them entertained to the last. He remained jovial and determined to live to the fullest right through two years of treatment across two continents. Family, friends, food and films remained his focus and everyone who met him during this time was amazed at how he did not let his illness get the better of him."

It further said, "He was grateful for the love of his fans that poured in from the world over. In his passing, they would all understand that he would like to be remembered with a smile and not with tears. In this hour of personal loss, we also recognise the world is going through a very difficult and troubled time. There are numerous restrictions around movement and gathering in public. We would like to request all his fans and well-wishers and friends of the family to please respect the laws that are in force. He would not have it any other way."

On hearing the news, Amitabh Bachchan condoled the death of his co-star of many films in a tweet on Thursday morning. Akshay Kumar also tweeted calling it a"heartbreaking" news. Superstar Rajinikanth said, "Heartbroken ... Rest In Peace ... my dearest friend (sic)." Rajnikath, Akshay Kumar, Hema Malini, Shahid Kapoor were among the others who mourned the death of the star.

Prime Minister Modi and President Ram Nath Kovind too penned his condolences for the actor’s family.

Multifaceted, endearing and lively...this was Rishi Kapoor Ji. He was a powerhouse of talent. I will always recall our interactions, even on social media. He was passionate about films and India's progress. Anguished by his demise. Condolences to his family and fans. Om Shanti penned PM Modi.

A Second loss to the film industry immediately after Irfan Khan, all we can say is a huge blow to Bollywood.