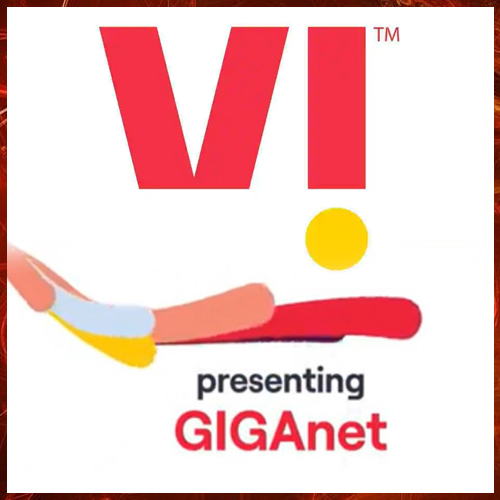 Vodafone Idea, aka VI, recently launched GIGAnet- the integrated 4G network post merger of Vodafone India with Idea Cellular. Armed with the new network, the telco aims to stem the loss of customers and attract new ones from rivals Bharti Airtel and Reliance Jio.

GIGAnet will have the largest spectrum portfolio, huge capacity, and built on many principles of 5G architecture that help in delivering a superior network experience, said the company in a statement.

The telco which has to pay statutory dues of Rs 50,400 crore to the government and plans to raise upto Rs 25,000 crore to service these dues and expand network , launched its new brand a week ago and now plans to improve its revenue market share (RMS), average revenue per user (ARPU) and customer strength.

Its user base has plunged to nearly 280 million at June end from 408 million at the time of merger two years ago. RMS has plunged 448 basis points (bps) sequentially to 23.3% in the June quarter, triggered by heavy market-share declines in urban circles – erstwhile Vodafone’s stronghold historically, analysts said. Market leader Jio, in contrast, reported strong sequential growth - 702 bps to 41.8% - in its RMS in the April-June period, while Airtel’s RMS too climbed 391 bps on-quarters to 34.8%.

A strong network will be an added advantage.

GIGAnet is the result of the largest network integration completed in record time and the first-of-its-kind spectrum reframing exercise in the world, the operator said. Deploying India’s largest AI powered ma-MIMOs sites, GIGAnet has India’s largest deployment of universal cloud, making it the strongest, future-ready, new-age, dynamic network of these times, to accommodate the enormous amount of data traffic that the post Covid world has seen, it added.

"GIGAnet is Vi’s effort to move beyond connectivity to be the platform for a digital society. It offers faster downloads & uploads, low latency and real-time connectivity. We have deployed technology whereby parts of the NW have the ability to self-optimize to meet demand where necessary," said Vishant Vora, Chief Technology Officer, Vodafone Idea.

"It delivers strong, consistent and uninterrupted performance and is the answer to the hyper connectivity needs of today’s individual smartphone users as well as large corporates, SMEs and Government Bodies. With more capacity and more coverage than ever before, GIGAnet will enable you to do a lot more, much faster and get ahead in life," Vohra added.