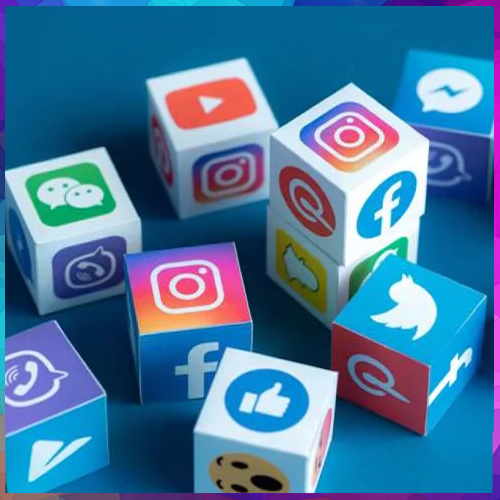 The three-month deadline given by the Ministry of Electronics & Information Technology (MeIty) to accept these guidelines ends on May 25 . The rules will be effective from tomorrow despite these companies seeking a total six-month delay in their implementation.

Twitter is in the midst of a major controversy on the issue in India — has an elaborate, 1,000-plus word explanation about its ‘Synthetic and manipulated media policy'.

The problem started with Twitter when the Indian government demanded to take down hundreds of accounts that criticized the government for its conduct during protests by angry farmers. The company had permanently blocked over 500 accounts and moved an unspecified number of others from view within India after the government accused them of making inflammatory remarks on PM Narendra Modi.

You have millions of followers in India, you are free to do business and make money, but you will have to follow the Indian constitution," Union Information and Technology Minister Ravi Shankar Prasad said, naming a number of sites, including Facebook and Twitter.

The minister said, the microblogging platform invoked a US law to temporarily block his account then it should cognizant of Indian laws as well. Speaking at the India Global forum Minister said that Twitter blocked his account last week for an hour on a complaint made four years ago.

Calling for accountability minister reiterated that social media platforms are free to do business in the country and make a profit but have to abide by law of the land Remember Twitter and the Centre had been loggerheads over compliant with the new IT rules. Watch the video to know more!

Twitter said it had acted after the government issued a notice of noncompliance, a move that experts said could put the company’s local employees in danger of spending up to seven years in custody.

A question comes on , can these companies take a confrontational risk in a market that might be their largest revenue source in future? China does not allow external social media companies so they have already missed the bus to a market in the world’s most populous nation.

In a blog post , Twitter said it was not taking any action on the accounts that belonged to media organizations, journalists, activists or politicians, saying it did not believe the orders to block them “are consistent with Indian law.” It also said it was exploring its options under local laws and had requested a meeting with a senior government official.

India was among the five countries last year which accounted for 96% of the global legal requests for removing content - Japan, Russia, South Korea and Turkey were the others. The site also received 5,900 requests from the Indian government for information relating to accounts, according to its Transparency Report.

In the last seven days, several police complaints have been filed against Twitter for serious charges. These include two over an incorrect map of India, where Jammu & Kashmir was shown as a separate nation, and one for allowing access to child pornography. Earlier this month, a case was also filed against Twitter in connection with tweets on the alleged assault on a Muslim man.

Congress MP Shashi Tharoor, the head of a Parliamentary panel on Information Technology, has also said that Twitter temporarily locked his account in April for a similar reason, adding that it would be asked to explain its actions.

For Twitter, India is the third largest market with 5% market share. In June 2020, Managing Director of Twitter India, Manish Maheshwari, said India was important for Twitter as it was the platform’s fastest growing market.

Given their expectations and the large user-base these companies have gained in India, that one day may provide a significant advertising market, the confrontational attitude would only harm their future business operations, especially when India is registering an exponential growth in telecom sector.

India is now the largest market of future for US-based social media companies like Google, YouTube and Twitter. The user-base growth of these social media companies in the US and Europe has almost saturated while South Asian nation has the largest user-base and a possible future growth cycle on revenue generation waiting with India’s rapid digitization and fast economic growth.