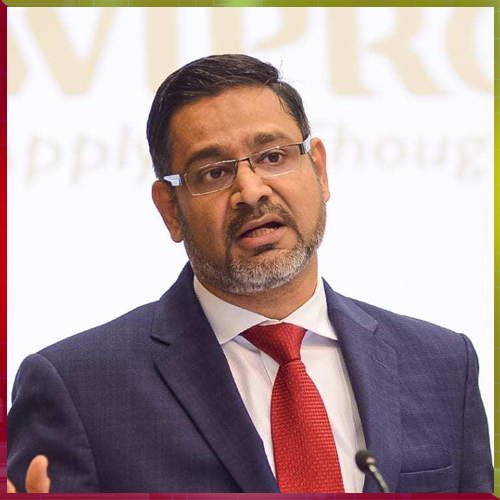 Neemuchwala, who joined as Wipro's CEO in 2016, resigned on January 30, 2020, a year before completing his five-year term in the Bengaluru-based firm citing "family commitments.”

He left the firm on June 1. He was succeeded by Capgemini executive Thierry Delaporte, who took over as CEO on July 6.

Talking about his move from heading $8 billion IT firm to being a venture partner, Neemuchwala said, “I have been really blessed. After a 28 year career in two amazing companies that were once startups when I started my career in 1992. I have learnt a great deal.” The idea, Neemuchwala said, is to contribute back by nurturing similar startups in the area of software products, especially B2B products, and create unicorns.

India already has the talent, capital, and reputation. The aim, he said, is to bring all of this together as a venture partner in DVP by mentoring the startups and founders, and creating a roadmap for them to scale along with the DVP team.

“More importantly, to do something in the area of my expertise in both Dallas, and India, which is my motherland. That is the whole idea why I decided to become a part of DVP,” Neemuchwala explained.

The fund will invest in 5-6 companies per year, he added.

DVP has already invested in 21 companies and will have an office in both Dallas and Hyderabad, India.

The scale of investments is $2-10 million in startups that are in area of cloud, artificial intelligence and machine learning, AR/VR, and other emerging technologies. The focus will be on software-as-a-service (SaaS) companies. Globally SaaS market accounts for about $400 billion and in India, it accounts for about $4-$10 billion.