With over 100 unicorns valued at $250 billion India raised over $63 billion: FM Sitharaman 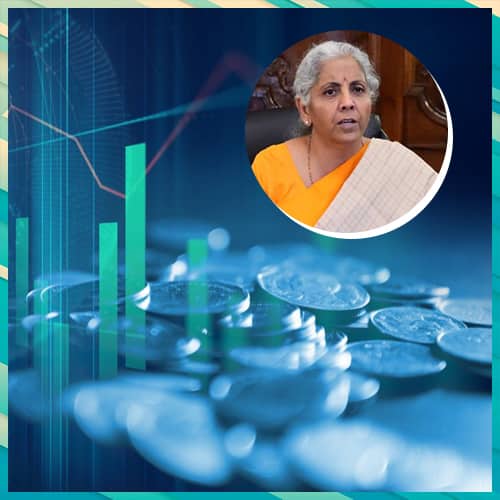 As per Union Finance and Corporate Affairs Minister Nirmala Sitharaman, India was home for over one hundred unicorns with a total value of $250 billion which have managed to gain over $63 billion in the last few years. Nearly 25 per cent of the start-ups in the Silicon Valley were managed by people of Indian origin and it was a matter of pride.

The start-up eco-system was built well in the country and all the one hundred unicorns were valued at $250 billion and have managed to raise over $63 billion from the capital markets, she said addressing new graduates at the 10th Convocation of the Indian Institute of Information Technology, Design and Manufacturing, Kancheepuram near here.

The finance minister said, "I am saying all these things because, even as you graduate from here, you all can become entrepreneurs and create jobs for others. It is not the world where entrepreneurship is worrisome or entrepreneurship has risks. It may have had the risks, (but) it is possible for you all to become entrepreneurs yourself. Twenty-five per cent of the start-ups in Silicon Valley are managed by people of Indian origin. So for everyone who is looking at Silicon Valley, you could actually lift your collars in pride that 25 percent of all the start-ups there are managed by Indians. I am sure many of you all have your sights already on Silicon Valley."

Sitharaman also said the slogan 'Jai Jawan, Jai Kisan, Jai Vigyan and Jai Anusandhan' was no more with Jai Jawan and Jai Kisan, it has been added with 'Jai Vigyan (technology) and Jai Anusandhan (innovation)'. "In the last two (Jai Vigyan and Jai Anusandhan) your contribution will get recognised and that is what is going to make India a technology savvy and advanced country in 2047 at 100 years of Independence. I would say each and every one of your contributions is what is going to make it possible for India to reach and achieve advanced economic status by 2047 for which several steps the government has already taken," she said.