$500K Bitcoin reaches US far-right groups before US capitol violence 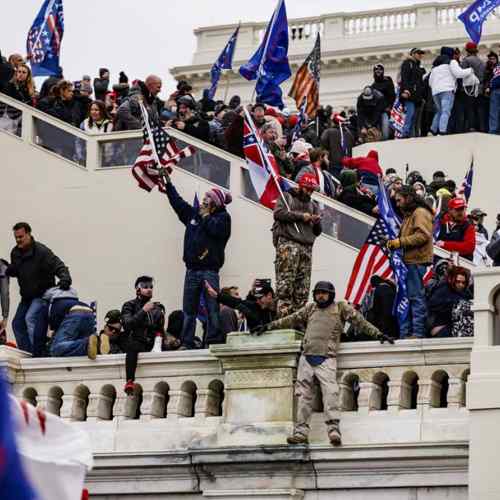 An Advance Bitcoin payment worth over 500,000 US dollars was made to 22 alt-right groups and internet personalities before the last week's siege of the US Hill Capitol. In a blogpost, cryptocurrency compliance startup Chainalysis said that payment of 28.15 bitcoins was made by a French donor on December 8, 2020.

The Capitol Hill attack took place on January 6, 2021, by outgoing President Donald Trump's supporters who temporarily halted the counting of Electoral College votes resulting in the deaths of five individuals, including a police officer. The New York-based startup which specialises in countering money laundering and fraud in the digital currency space also said that they have evidence suggesting that many alt-right groups and personalities received large bitcoin donations as part of the single transaction, the news agency reported.

"We have also gathered evidence that strongly suggests the donor was a now-deceased computer programmer based in France," Chainalysis said in the report. In another development, US security agencies arrested more than 100 individuals for their criminal activities in the Capitol attack, adding they are monitoring "an extensive amount of concerning online chatter" ahead of President-elect Joe Biden's inauguration on January 20.

"We and our partners have already arrested more than 100 individuals for their criminal activities in last week's siege of the Capitol and continue to pursue countless other related investigations," news agency PTI quoted FBI Director Christopher Wray as saying. "And those help not only prevent those individuals from any effort to repeat that kind of activity but also should serve as a very stern warning to anybody else who might be inclined to try to engage in that activity," he added.