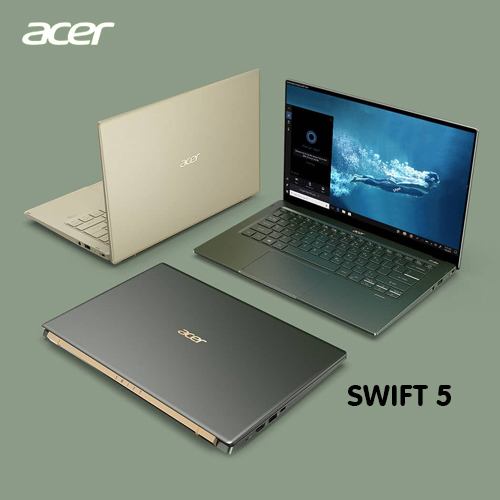 As per news source, Acer Swift 5 SF514 is the newest laptop with Intel's Evo label. Users who are interested in a new laptop can think of Intel's Evo label as an orientation in their purchase decision. This label really makes sense, since it not only promises a Tiger Lake CPU, but also a well-performing system that can get from standby to the Windows start screen quickly.

Besides these, there are other specifications such as a display that should offer a brightness of at least 300 cd/m², a slim build, and a battery life of more than 9 hours in everyday operation.

According to the news source, as per their test result the Acer Swift 5 SF514-55T-58DN showed that it lives up to these specifications and can even surpass them. For example, the 14-inch laptop lasted for more than 13 hours in our realistic WLAN test with various power-saving options being deactivated.

The news source also added that the performance of the Intel Core i5-1135G7 Tiger Lake CPU was also able to convince them. With a PL 1 of 28 watts and PL 2 of 64 watts, it is amply sized, delivering a good performance throughout.

In addition, the test configuration offered a touchscreen, even though this brought up one of the few complaints in the overall evaluation. Due to its reflective surface, the Acer Swift 5 SF514 is not very suited for using it outdoors, since there will then be many annoying reflections.

Another point of complaint is created by the meager maintenance options, since only the SSD and the WLAN module can be replaced. The extensive review clarifies what the Acer Swift 5 SF514-55T-58D can offer in detail.