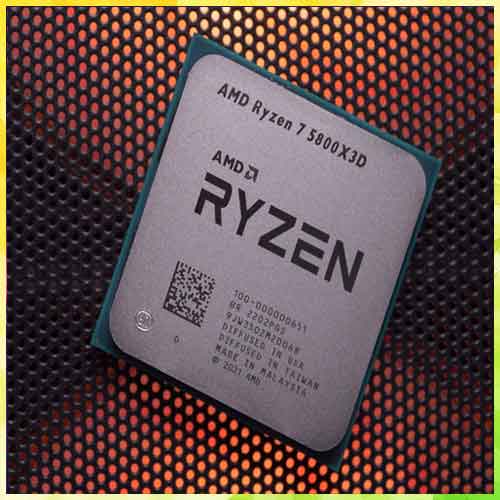 Utilizing the same base frequency as the Ryzen 9 5950 and the same TDP of 105W, the Ryzen 7 5800X3D and its eight cores powers its way through games without any problems. Traditional “2D” caches are limited by the space of the processor die but 3D printing technology allows AMD to stack two slices of 48 MB L3 cache, bringing the total to 96MB of total cache, much higher than what traditional CPUs offer.

The extra memory offers greatly improved bandwidth for games, and AMD says that it overall 15 percent faster than the Ryzen 9 5900 series. AMD also pulled this off without making any architectural changes, and using the same 7nm process and Zen 3 design, to reap more performance.

The only catch to this is the limited overclocking support. Users can overclock the memory but not the cores. This shouldn’t disappoint too many people but people who like to squeeze every bit of performance out of a processor, will be disappointed.