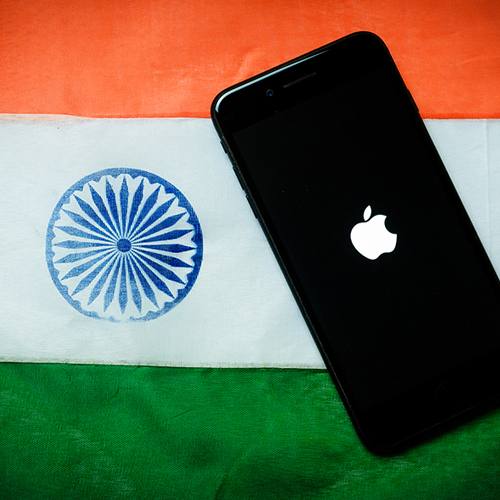 Apple is starting to break through in India and it is expected to have doubled its iPhone sales in India in the company's first quarter of 2021. the performance to sales of older generation models like the iPhone 11 and iPhone XR as well as the company's new iPhone 12 lineup and 2nd generation iPhone SE. Apple reportedly doubled its market share in the quarter and sold a total of 3.2 million iPhones in 2020 in India.

Apple has historically struggled to gain market share in India due to the high prices of its devices when compared to cheaper models from companies like Samsung and Xiaomi. Counterpoint Research has projected that Apple will sell over a million iPhones in the country during the current festive quarter.

According to another research consultancy firm Forrester, Apple has already sold 4 lakh iPhones during the first week of this festive month through online platforms such as Amazon, Flipkart, and its own online store. Apple launched its online store in India on September 23.

Counterpoint's latest report shows that Apple pipped Chinese rival OnePlus in the premium smartphone segment (above Rs 30,000) in India in the September quarter, driven by strong demand for iPhone SE 2020 and the iPhone 11.

The market research agency further says, the older generation iPhones have started being assembled in India. The performance of the iPhone 11, etc. was partly due to the price cut in the past 1.5 years. In India, it is about affordability, and if Apple can make iPhone affordable, the sales will be very high.

The shipment growth comes months after Apple launched its online store in the country and offered customers a wide-range of financing and upgrade options, AppleCare+, and lucrative perks such as a free set of AirPods with the purchase of iPhone 11. The company plans to open its first physical retail store in the country later this year.