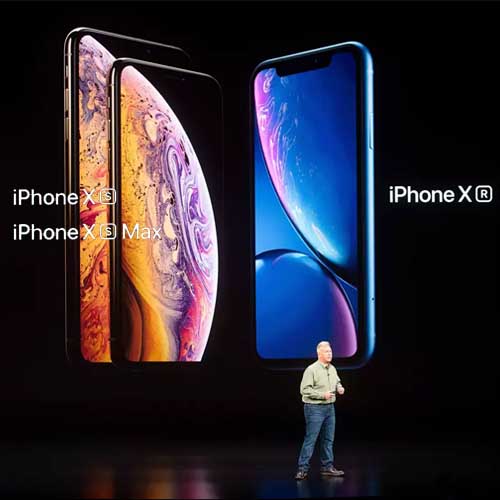 The iPhone XS is an upgrade on the iPhone X and differs from its predecessor primarily because it sports a Super Retina display with better resolution, the latest 7nm A12 Bionic processor which is much faster and a better camera setup overall. The iPhone XS Max is a larger version of the iPhone XS with a 6.5-inch display. Though Apple calls it its largest phone ever, it is pretty much the same size as the iPhone 8 Plus. This phone has a larger battery - again the largest ever in an Apple phone - than the iPhone XS and can give up to 90 minutes of extra usage.

The iPhone XR is essentially a fusion of the iPhone X in front. This is also the more affordable of all phones. To bring the price down Apple has packed in an LCD screen instead of OLED, aluminium instead of stainless steel on the chassis and a single camera at the rear instead of a dual camera system.

The A12 Bionic is the new chipset powering the three new phones launched by Apple. It is the first 7-nanometer chipset on an Apple phone and uses neural engines to improve machine learning and augmented reality capabilities of the phones. But at the end of the day is it a faster processor than any on an iPhone before.