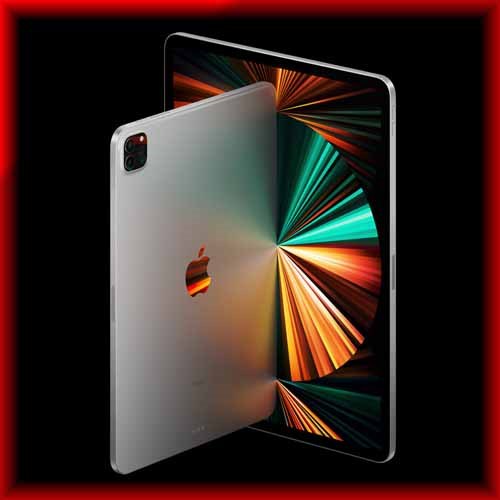 Apple announced the most powerful and advanced iPad Pro ever, pushing the limits of what’s possible on iPad. The addition of the Apple-designed M1 chip delivers a massive leap in performance, making iPad Pro the fastest device of its kind at $1,299 with touch ID to iMac for the first time. The iMac is 11.5 mm thin with a 24-inch, 4.5K Retina display and a 1080p FaceTime HD camera.

The new iPad Pro is available to order beginning Friday, April 30, on apple.com, and will be available in the second half of May . The revolutionary M1 chip has been a breakthrough for the Mac, and we’re incredibly excited to bring it to iPad Pro,” said Greg Joswiak, Apple’s senior vice president of Worldwide Marketing. “With M1’s huge jump in performance, a groundbreaking extreme dynamic range experience on the 12.9-inch Liquid Retina XDR display, up to 2TB of high-speed storage, Thunderbolt expansion, a four-speaker audio system, pro cameras with LiDAR Scanner, blazing-fast 5G connectivity, an amazing video-calling experience with Center Stage — combined with the advanced features of iPadOS and a powerful pro app ecosystem all in a device users can hold in one hand - there’s nothing else like iPad Pro.”

The breakthrough M1 chip takes the industry-leading performance of iPad Pro to an entirely new level. The 8-core CPU design features the world’s fastest CPU cores in low-power silicon - delivering up to 50 percent faster CPU performance than A12Z Bionic. The 8-core GPU is in a class of its own, delivering up to 40 percent faster GPU performance. This combination of CPU and graphics performance on iPad Pro widens its lead as the fastest device of its kind. Powerful custom technologies, including a next-generation 16-core Apple Neural Engine, an advanced image signal processor (ISP), a unified, high-bandwidth memory architecture with up to 16GB of memory, 2x faster storage, and up to 2TB capacity, make iPad Pro more capable than ever. The industry-leading power efficiency of M1 enables all of that amazing performance along with all-day battery life in the thin and light design of iPad Pro.1 Because M1 shares the same fundamental architecture of A-series chips, iPadOS is already optimized to take full advantage of the powerful technologies in M1 to easily handle everything from simple navigation to the most demanding workflows.