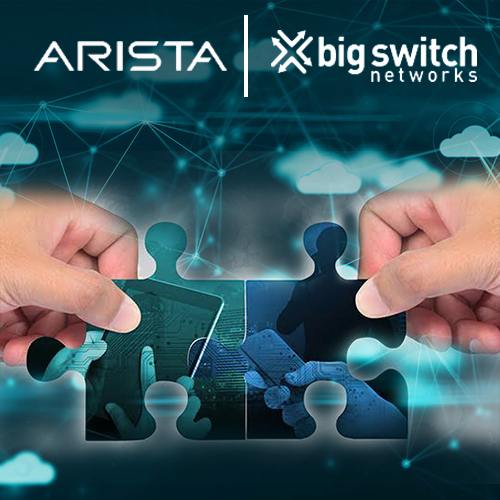 Cloud networking is the need of the hour in the era of hybrid cloud era. There is no doubt on the tech innovations is taking into the newer paradigm. Since cloud is not in any particular location, however, it’s a series of designed architecture based on the certain core principals. There are many OEMs are working strongly towads routing focus than a pure switching play, targeting carriers and cloud more than enterprises.

Big Switch Networks( SDN Vendor) is a cloud and data center networking company founded by Kyle Forster and Guido Appenzeller in 2010 and has roots in the original Stanford research team that invented software defined networking (SDN). Arista Networks is buying early SDN pioneer Big Switch Networks. With this acquisition it will be the game changer in the space of SDN.

Big Switch employees started getting wind of the deal two weeks ago. The amount that Arista is paying for Big Switch Networks, $70 million has been making the rounds, which seems low for a company that has raised a total of $119.5 million in investments.

"Seventy million is one bucket and not the full picture of the deal," the source said. "Only a handful of people know the full picture. Last year Big Switch Networks did around $60 million in sales; 14 months ago the company was valued at $350 million, so the $70 million doesn't add up. The rumors have also said that Big Switch founder Kyle Forster did not make money on the deal and lost his own investment.

"Their controller-based architecture started to fall out of favor to a certain extent, so they had to pivot the product. Their recent pivot to a multi-cloud focus shows promise and is much more compelling with a deep-pocketed partner such as Arista.”

Another report says, there are few players in Big Switch Networks' space, including Pica 8 and Cumulus Networks, pushing new software stacks and approaches and both of them have been extended into campus networking in hopes of finding new growth opportunities.

Whereas, other players Arrcus (Creating a unique opportunity for enterprises and service providers alike by enabling open integration of hardware, silicon, and software. Our revolutionary approach is ushering in a new wave of disruptive innovation for network infrastructure across the Datacenter, the Edge, and the Cloud).

Another interesting player is DriveNets (the DriveNets software is designed to support SDN in core, aggregation, and provider edge networks, and complement SDN in other parts of a network. It provides software-defined routing infrastructure solutions for Communications Service Providers by providing Network Cloud, which is a cloud-native disaggregated router. It provides a rich routing stack, data-path control, central management capabilities, and interfaces to 3rd party tools through standard northbound interfaces.

Lastly, there is a strong routing focus than a pure switching play and in many cases, targeting carriers and cloud more than enterprises. It shows that many start-ups they start the business with a strong focus to complement the technology road map with a clear plan on the future M&A, we can call it as skin in the game.