Bill and Melinda Gates to end their marriage after 27 years 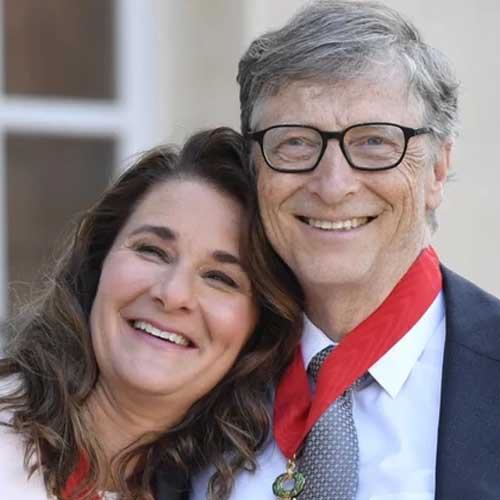 Bill Gates and Melinda French Gates have announced that they will end their marriage after 27 years. Both have met at Microsoft, and the two got married in 1994 and now they have filled for the divorce. However, both will continue to work together at the Bill and Melinda Gates Foundation. After a great deal of thought and a lot of work on our relationship, we have made the decision to end our marriage," the couple wrote in identical posts on Twitter.

However, the post said, we continue to share a belief in that mission and will continue our work together at the foundation, but we no longer believe we can grow together as a couple in this next phase of our lives. We ask for space and privacy for our family as we begin to navigate the new life. However, Financial details of the Gateses parting ways are not yet clear.

The divorce filing, which states that the couple have no minor children, comes after the youngest of their three children is believed to have recently turned 18. The spouses asked the court to approve their agreement on division of assets but did not disclose details.

Bill Gates founded Microsoft as CEO along with Paul Allen in 1975 until 2000, subsequently Steve Ballmer has to run the company, while Bill Gates became chairman and chief software architect. In 2008 Gates gave up his day-to-day role at the company to spend more time on the non-profit Bill and Melinda Gates Foundation.

Bill Gates, who was formerly the world's richest person and his fortune is estimated at well over $100 billion, was one of the co-founders of Microsoft. Last year in 2020 Bill Gates stepped down from Microsoft’s board as the coronavirus became a force around the world. He began spending more time on the foundation alongside Melinda Gates. The two are co-chairs and trustees of the foundation, which launched in 2000.

“Over the last 27 years, we have raised three incredible children and built a foundation that works all over the world to enable all people to lead healthy, productive lives. We continue to share a belief in that mission and will continue our work together at the foundation, but we no longer believe we can grow together as a couple in this next phase of our lives. We ask for space and privacy for our family as we begin to navigate this new life.”

Amazon CEO Jeff Bezos and MacKenzie Bezos finalised their divorce in 2019. MacKenzie Scott has since remarried and now focuses on her own philanthropy after receiving a 4% stake in Amazon, worth more than $36 billion.