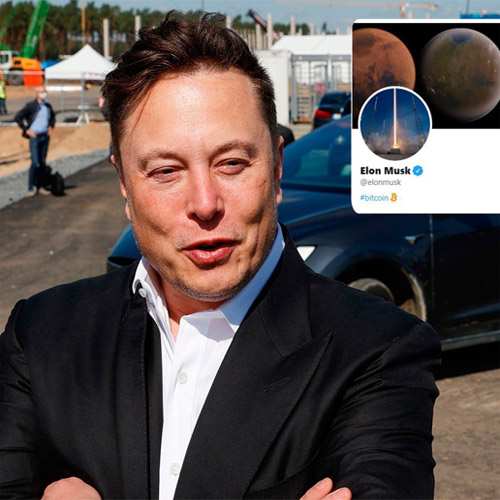 Elon Musk added the hashtag #bitcoin to his Twitter bio, after which Bitcoin skyrocketed as much as 20%.

Musk added #bitcoin to his Twitter bio earlier Friday morning. He also sent out a cryptic tweet, saying: “In retrospect, it was inevitable.”

It adds to the wild volatility in markets this week, as the stock prices of heavily-shorted companies like GameStop and AMC surged dramatically thanks to a rush of amateur investors inspired by the Reddit forum WallStreetBets.

Another subreddit group, SatoshiStreetBets, led investors to pump up the price of Dogecoin, a cryptocurrency inspired by the popular “doge” meme. Dogecoin was up 800% in the last 24 hours at one point.

Bitcoin’s price action had been relatively muted ahead of Friday. The world’s most valuable cryptocurrency hit an all-time high of $41,940 earlier this month before sinking sharply a week later. It briefly fell below the $30,000 mark just last week.