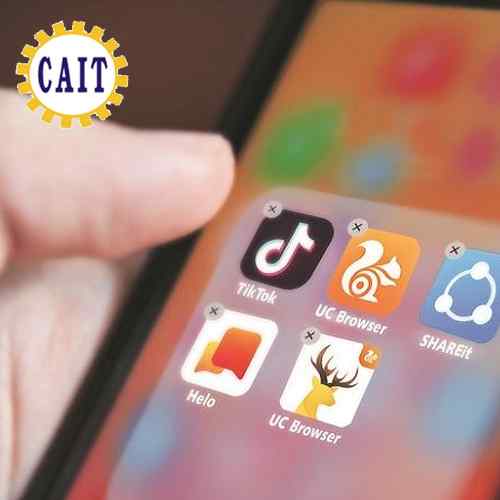 CAIT and domestic social media app ShareChat too gave a green signal to the government’s move to ban 59 Chinese apps. Confederation of All India Traders (CAIT) said the ban on 59 mobile apps will be a big support to its 'Boycott Chinese Goods' campaign.

"This huge unprecedented step will go a long way in strengthening the 'Boycott China' campaign of CAIT. The Boycott China movement is now well and truly a national reality and seven crore traders of India stands in solidarity with the Union Government," CAIT Secretary General Praveen Khandelwal said in a statement.

"This is a welcome move from the government against platforms that have had serious privacy, cyber security and national security risks. We expect the government to continue their support for the Indian startup ecosystem," he said.

India banned 59 apps with Chinese links, including hugely popular TikTok and UC Browser, saying they were prejudicial to sovereignty, integrity and security of the country.

The ban, which comes in the backdrop of current stand-off along the Line of Actual control in Ladakh with Chinese troops, is also applicable for WeChat and Bigo Live.

Naveen Tewari, Founder and CEO of InMobi Group, said, "This is the digital Aatmanirbhar moment that most Indians have been rooting for".