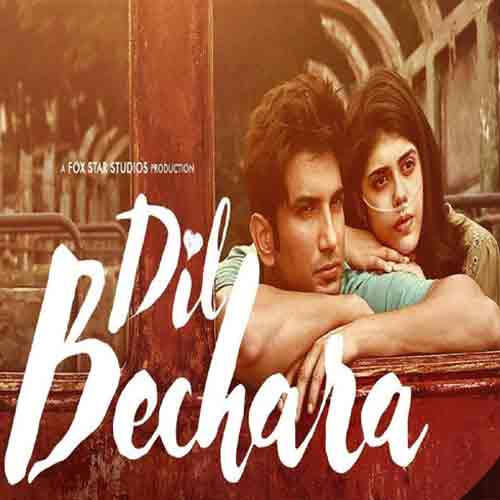 Late Sushant Singh Rajput’s latest romantic release Dil Bechara garnered more than 95 million views in 24 hours, as per reports. As theatres remain shut due to the novel coronavirus crisis, the film released digitally, on the OTT platforms on Disney+Hotstar on July 24.

When compared with theatrical release, if the film would have released in theatres, it would have got a humongous opening of around Rs 2000 crore. For instance, if the average price of a movie ticket in India is Rs 200, then the opening day collections would amount to Rs 1900 crore.

Dil Bechara, marks Sanjana Sanghi’s Bollywood debut and is helmed by first-time director Mukesh Chhabra. It is an official remake of the 2014 Hollywood blockbuster, “The Fault In Our Stars”.

The film’s trailer also broke records and garnered more than 4.8 million likes in 24 hours, beating the record of Avengers: Endgame.

Disney+ Hotstar registered record-breaking viewership numbers for the premiere of Dil Bechara, that much was known. But now, an independent tracking firm suggests that the film was watched by 95 million viewers in the first 24 hours of its release.

Trade analyst Taran Adarsh said that the film would’ve done exceedingly well in theatres, too. “I would have preferred watching it on the big screen. It is beautiful, especially it’s ending.

A good film will always find appreciation; [as it did with] films like Anand [1971], and Ankhiyon Ke Jharokhon Se [1978], which also had similar emotional content,” he said.

Dil Bechara marks Sushant Singh Rajput’s farewell film. The actor breathed his last on the morning of June 14 and an investigation to determine the cause of his suicide is underway. Several Bollywood personalities have been questioned in connection with the case.