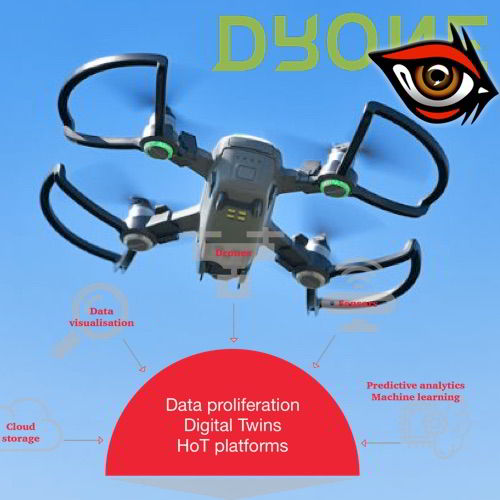 The Big Four firm, PwC has used drones for the purpose of audit stock count for the energy business of RWE. PwC has also used drone technology to capture over 300 images of the coal reserve at one of UK’s last remaining coal-fired power stations, Aberthaw in South Wales.

The images from the drone were used to create a point cloud ‘digital twin’ of the coal pile to measure its volume. The value of the coal was then calculated to within 99% accuracy based on that volume measurement. It is the first time the firm has used a drone in an audit but it plans to roll out their use when auditing other businesses as the results were “groundbreaking”.

“Sectors with large assets in hard to reach areas are the most obvious starting points for expanding this kind of work further - from mining to agriculture and forestry,” said Elaine Whyte, UK drones leader at PwC.

The drone, which was manufactured and operated by UK drone company QuestUAV, was used to capture over 300 images of the coal reserve at one of the UK’s last remaining coal-fired power stations.

The drone trial was conducted to explore ways of challenging the traditional method of stock counting. It was a classic example of new technology challenging the old and based on results, the potential is groundbreaking. It is found that the traditional method of manually traversing the coal pile can take around four hours, whereas using a drone it can be done in half an hour.

In January 2018, PwC announced a new team of drone specialists, based in the UK, to help clients with the emerging technology. The team advises on the use of drone data, and how to extract value from it. PwC also opened a global drone centre in Poland in 2016, named Drone Powered Solutions.

Research from PwC predicts that by 2030 the technology could boost the UK economy by £42bn and that 628,000 people will be working in the drone economy with 76,000 drones in the sky. There is also a clear health and safety benefit to using drones for this type of work, without someone having to climb over the coal pile.