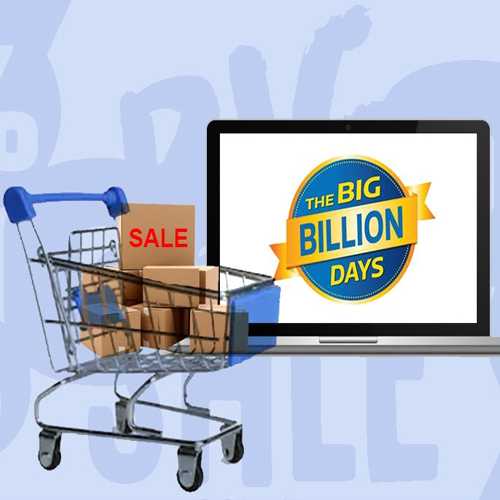 As the festive season is on the peak, the increase sales of all the e-commerce companies Amazon, Flipkart and others could witness round the street. Sources says, the Predatory pricing still continuous and both the majors have claimed to have scored lead over another in terms of gross sales and market share.

The competition is among the Big Billion Day sale of Flipkart’s Vs Amazon’s Great Indian Festival sale are flagship events for the etailers, where the consumers also relished the annual discount extravaganza and placed as many orders as they can.

Amidst economic slowdown and fall in consumer spending, both e-commerce platforms are estimated to have made gross sales worth over $3.5 billion in the last six days, which is a rise of over 30% in comparison to the previous year. Sellers on the platform saw about a three-time increase in unit sales from non-metro customers, said Amit Agarwal, Amazon India Senior Vice President and Country Head, whereas Walmart-owned Flipkart claimed to have captured market share of 73% in the same period, said Kalyan Krishnamurthy, the Flipkart group CEO.

As per the report, Flipkart claimed to corner 73% market share during the Big Billion Days, its supply-chain seems to have crashed in fulfiling orders. Many sellers have been complaining about delay up to two weeks in dispatching confirmed orders. The supply chain had proved incapable in fulfilment almost every year since 2014 when it started the Big Billion Day sale.

We have been sitting on huge sold-out inventory because of delay in dispatch. A significant portion of the confirmed orders is likely to be cancelled as well owing to late fulfilment, said three of the many sellers on condition of anonymity.

While sellers undoubtedly have been facing several issues due to delay in dispatch of orders, inability to do fulfilment on time is a reality check for the entire e-commerce ecosystem not only Flipkart. Billion dollars have been flowing into the e-commerce sector every year. However, only a small portion of it gets invested in supply chain and logistics.