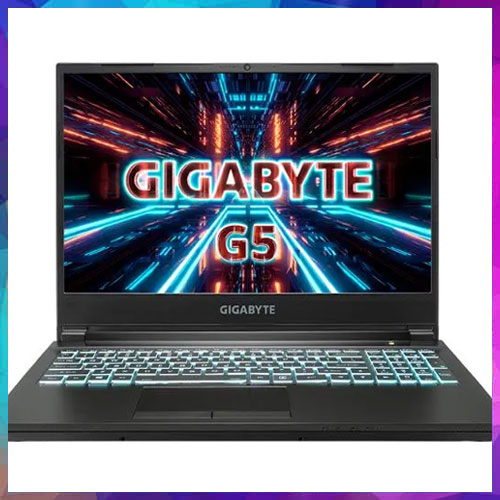 Commenting on the entrance into the mid-range Gaming laptops market, Sunil Grewal, Director, GIGABYTE Technology India Pvt. Ltd said, “India has witnessed a meteoric rise in mobile and PC gaming over the last decade. The overall interest in the gaming segment is at an all-time high making it a perfect opportunity for us to take our first steps in the market.”

Weighing in under 2.2 kg, the G5 series is designed to be easily portable. The versatile I/O ports make the G5 an easy to build battle station on the go. Additionally, the all-new GIGABYTE G5 series features performance-grade thermal solutions and comprehensive connectivity options further enhancing the users' gaming experience and offering consistent performance.

The G5 gaming laptop comes with two M.2 slots and one 2.5 inches swappable bay, 3 slots offering a total of up to 6TB of storage space. Not to mention the one high-speed PCIe 4.0 x4 SSD slot supports unbelievable read speed, such storage performance is ready to take on beasty games with large-sized files and all the other large media files with pure ease.

The GIGABYTE G5 gaming laptops series bring life beyond gaming by combining unrivaled power and gaming visuals to a more compact form factor, transforming it into a powerhouse for heavy-duty gaming on the road.