It's time for the Media & Entertainment industry to reinvent 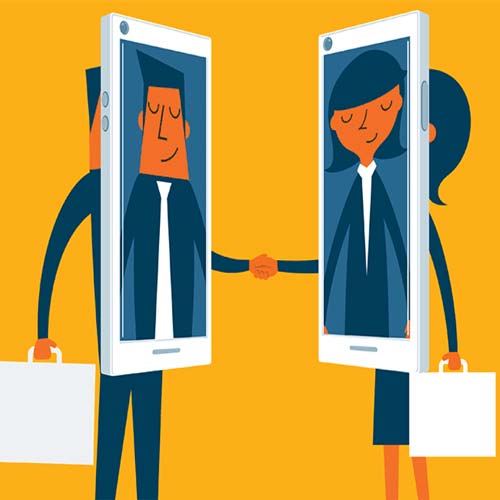 The Media & Entertainment industry has been disrupted like never before. Media conglomerates are seeking to build direct relationships between their brands and consumers. With most of the sports, events, Trade shows getting cancelled, the streaming wars are intensifying as more platforms are launching across the region, and the media companies are waging an all-out war in a bid for consumers’ attention in a highly fragmented marketplace. With millions of netizens faced unemployment, bringing most of the industries stand still across the globe and unemployment is skyrocketing, while policymakers across countries race to implement fiscal and monetary measures to alleviate the financial burden on citizens and shore up economies under severe strain. The COVID-19 pandemic has further accelerated this disruption, transforming the Internet more than ever: for work, socializing and most of all, entertainment, with consumers signing up for multiple streaming services and consuming an unprecedented volume of digital content.

The Internet has almost become a mainstream media for entertainment for most of the people. This spike in users and traffic has brought privacy and security concerns to the forefront as well. Businesses are coping with lost revenue and disrupted supply chains as factory shutdowns and quarantine measures spread across the globe, restricting movement and commerce. Markets tumble and countries take emergency actions to respond. Postponed or cancelled events have led to a decline in revenues for the event organizers as well as for media that broadcast them. Cable television companies are partly dependent upon advertising, meaning that any decline in revenue will impact profitability. Our habits have changed to adapt to the new realities of the outbreak, consumer spending has falled, and the impacts could have far-reaching effects on the media, sports and entertainment industries.

Lastly, we had witnessed big screens shutting, productions have come to a halt, advertisement has been disrupted, e-commerce is on the rise, financial and accounting activities have been tremendously affected and resulted in entertainment consumption is one the rise at home. OTT players are booming, and we all must have felt the shift in our content consumption patterns.

We have witnessed the streaming wars intensify, with this consumers expect to see more diverse on-demand options in the year ahead. The smart media houses and the major networks and studios continue to launch their own direct-to-consumer streaming services in 2020, competitors will likely scramble to offer content libraries broad enough to both attract and retain customers. A report says, the media and entertainment industry must have planned their strategic planning to secure itself financially so as to ensure long-term business survival. Consolidation of cloud migration, process automation, and data processing will be the latest buzzwords. At the same time, cost-effective and competent labour partners will be a requirement.

The trend shows that the growth of video streaming will continue to explode and competition among providers will increase. However, subscribers are growing more and more frustrated with having to pay for multiple subscriptions to watch what they want and start to demand highly customized packages. Going forward, the industry is just waiting for the 5G to arrive. It is a matter of time, 5G appeals to consumers and will deliver exciting opportunities to industries. Augmented and virtual reality apps will also gain ground in a wide range of enterprise apps, including gaming controllers, educational content and training, immersive theater, interactivity at museums, galleries, theme parks, and concerts. They're going to invent things that we haven't considered today…It definitely will help move AR and VR more into the mainstream.