Karbonn leverages its distribution reach to compete in the Market 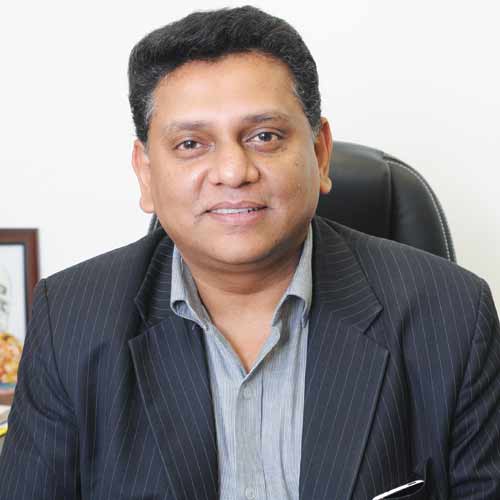 In a chat with VARINDIA, Shashin Devsare, Executive Director, Karbonn casts light on the Indian handset market, target verticals, market strategy and their roadmap for future.

With a strong focus on promoting the indigenous products, Karbonn Mobiles is serving over a decade now. Being a home-grown company, Karbonn takes great pride in acknowledging the fact that they have a better focus on the Indian market.

Shashin Devsare feels that the mobile market in India has grown manifold from what it was a decade ago. The current landscape is dominated by the emergence of new players and evolution of new technologies is fast contributing to the convergence of text, voice and data, and changing every facet of mobile technology, otherwise limited to just voice and text until a few years back.

Seeing immense opportunity in Indian handset market, he comments, “A developing economy like India, with its burgeoning population, presents a huge opportunity to every handset maker. Karbonn has been serving the country’s communication requirements for over a decade now. The varied demographic of India ensures that there is a requirement for every type of handset, be it feature-specific or smartphone model and that is the core of the opportunity. Accordingly, we offer a range of user-centric devices to complement the evolving communication needs of the modern consumer.”

Karbonn with a special outlook for tier 2 and 3 people, targets all the verticals. Shashin Devsare says, “We believe in providing our consumers a combination of affordable yet innovative devices. While we are keenly targeting all segments in the Indian market, we are especially focussed in catering to the tier 2 and 3 populace and over 0.5 billion populace are still using feature phones. Therefore, it is important for us to carefully curate products that are in line with their aspirations.”

With not only ‘Make in India’ but also ‘Made for India’ initiative Karbonn has been serving India with the best of customized phones for the past 10 years and wish to keep the journey going. “Tier 2 and 3 being our core consumers, we have always considered their varied taste and our product line-up has always been in sync to their needs. Some of our products in the recent past like the K9 Kavach with the first integrated BHIM app, the K9 Smart providing internet in Indian regional languages and the Fashion Eye with AI enabled fashion search have been designed as per the their behavioral and consumption pattern,” Devsare continues.

Commenting about the competitive market Devsare says, “Karbonn's marketing initiatives are going to be directed towards building transparency in communication, creating relevant and meaningful connect and focusing on "solutions" rather than "specs" alongside investing in Omni-channel to enhance consumer engagement - particularly through mobile channels and apps. Our distribution reach being spread across 92% of the districts of India which is one of the strong points that help us to compete in this competitive market.”

To create a holistic go-to-market strategy, Karbonn is taking a 360-degree marketing approach. “One of the strongest go-to-market strategy is based on the distribution Network where we have various channels like Online, Offline, B2B, Home Shopping Networks and Modern Trade. Our 360 degree distribution network covers 92% of districts through 1 lakh+ general trade partners, 11+ leading modern trade outlets, 8+ well known online partners added with co-marketing initiatives with leading Telco’s which strengthens our distribution approach.”, perceives Devsare.

Aiming to place the customer’s requirements at the forefront, Karbonn believes, “We are equally focussed on support as we are on innovation and developing new products. Efficient customer service and support is necessary to create a base of satisfied consumers. We have more than 850 service centres across India and have the lowest turnaround time amongst the mobile brands. We are also one of the best L4 Service Support Network providers in the country.”

With the newly launched KX series which has four models KX3, KX25, KX26 and KX27, priced between INR 700 to INR 1000, Karbonn is expecting a robust response.

Specially curated for the budget conscious Indian audience with an in-built messaging service - Ztalk integrated in KX27 in which users can chat, share and message to give smartphone like messaging experience. Ztalk App allows the user to communicate with Android and iOS users as well.

According to Devsare, “In the coming future, we also plan to have apps like App Khazana in built in the phone which is basically an online destination where the customers can get their desired music, wallpapers, photographs ,etc.”