Koo, earns an alternative for Twitter on AtmaNirbhar App 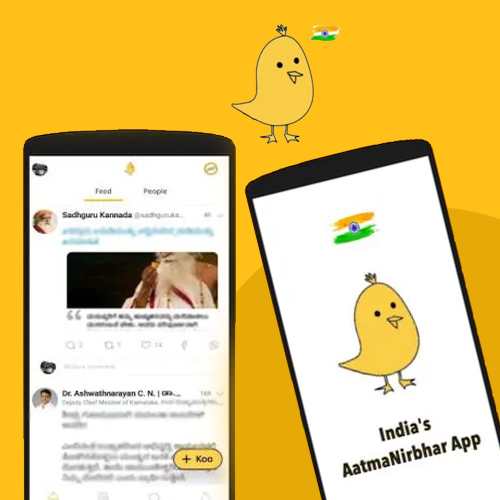 Koo, the homegrown micro-blogging website, which was also part of AatmaNirbhar Bharat App Innovation Challenge last year is steadily getting the attention and is on the steps of becoming Indian alternative for Twitter alternative for several government-related bodies. As per a report, the Ministry of Electronics and Information Technology (MeitY) and several other government departments are now part of Koo and have verified handles on the platform.

On the Indian socio-media handle Koo, some of the government ministries and departments could be found that include handles of Ministry of Electronics and IT, MyGov, Digital India, India Post, NIC, NIELIT, SAMEER, Common Services Center, UMANG app, Digi Locker, NIXI, STPI, CDAC, and CMET among others.

The report adds that Ravi Shankar Prasad, Law and Justice, Communications, Electronics and Information Technology Minister of India, has been part of the microblogging platform since August last year and has over 4.29 lakh followers on the platform. Additionally, Shipping Minister Mansukh Mandviya is also on Koo platform since August 2020 and has 2.34 Lakh followers.

One of the Koo platform's biggest USPs is it supports regional languages. "Just 10% of India speaks English. Almost 1 billion people in India don't know English. Instead, they speak one of India's 100s of languages. They are now getting access to smartphones and would love an internet in their language. However, the majority of the internet has been in English. Koo is an attempt to make the voice of these Indians heard. They can now participate on the internet in their mother tongue by listening to the views of some of the sharpest Indian minds and also speak their mind by sharing their thoughts," reads the About Us page of the Koo website.

The steady search for Twitter-like platforms comes when Twitter is in the middle of a controversy that started when it withheld about 250 accounts in India last week after a government order. However, the platform unblocked the accounts later that day.

MeitY last week filed a notice with Twitter to again block the accounts and gave orders to block more accounts. However, Twitter is yet to respond to the formal notice.