Lenovo will focus on three areas – Smarter IoT, new IT and smart verticals 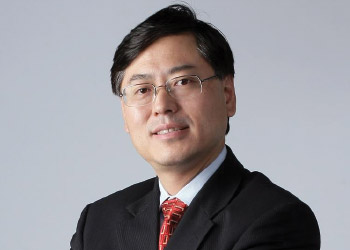 Hong Kong: At one of the prestigious events, Yuanqing Yang, Chairman & CEO - Lenovo spoke on how the shift to narrow the geographic focus of Lenovo’s handset business is starting to pay off, while also outlining the company’s IoT and artificial intelligence (AI) strategies.

It then shifted its focus to selective markets and a narrow price band, which he said “has been very helpful in turning the business around”. He said Q3 was a milestone for Motorola as it recorded its first profit in ten years.

Yang said that the company has three approaches to capture a share of the growing smart IoT sector - making traditional devices including PCs and smartphones smarter; building new smart devices including speakers, displays and AR/VR headsets; and working to connect smart IoT devices and components to the cloud to give customers smart solutions.

The company is piloting a smart IoT-driven warehouse platform for one of the world’s largest retail companies to improve its efficiency.

He described intelligent transformation, an approach, which he said refers to tapping the unlimited potential of the Fourth Industrial Revolution through AI. “The true impact of AI will not only make our homes smarter and offices more efficient, but will also completely transform every value chain in every industry.”

As far as the data centre business is concerned he said, it hasn’t seen a turnaround yet, but is improving profitability every quarter. Being a global vendor, Lenovo puts its best foot forward in terms of showcasing its latest and innovative offerings directed towards the channel community of the region.

Yang Yuanqing is the Chief Executive Officer and an executive director of the Lenovo and has been appointed as the Chairman of the Board on November 3, 2011. He has more than 20 years of experience in the field of computers. Under his leadership, Lenovo has been China's best-selling PC brand since 1997. He is also a director and a shareholder of Sureinvest Holdings Limited which holds interests in the issued share capital of the Company.

"We believe the larger potential lies within commercial IoT. We are only scratching the surface of these new smart IoT product categories. In future, Lenovo will focus on three areas - Smarter IoT. So we view PC and the smartphone as part of it; second is new IT, software datacenter, supercomputer and hyper-scale businesses; and third is smart verticals. But that strategy didn’t work, so we lost a lot of money."