Man-machine Collaboration and the Rise of Artificial Intelligence 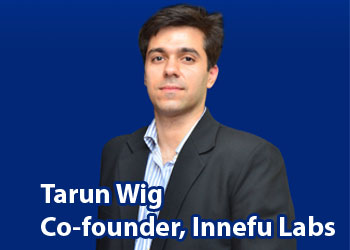 People have different opinions regarding the technique used by the Egyptians in the construction of pyramids, but they are all unanimous to accept that technology rules in every age. Whether the technology is compatible with humanity or not is a BIG Question, but what is evident that it is the driver of almost every economic development. Today, it is not the strength of the army that makes a country a superpower, it is the use of innovative technology that enables a nation to lead the world. Growth and development are synonymous to technology and only the fittest to technology will be the fittest to survive in the future.

In the last 200 years, business evolution was at its peak, completely dominated by scientific innovations and technology. The world has witnessed many remarkable revolutions in trade & commerce, transportation, communication, and even in the most primitive activities like agriculture and animal husbandry. Life has begun experiencing changes on a frequent basis and technology has redefined the roles and responsibilities of the people in both professional and personal lives. Those who have adopted this transition could retain themselves in the mainstream, but failure becomes the fortune of reluctant souls.

Machines as Catalyst of Industrial Growth

According to Forbes magazine, world’s top 3 brands in 2015 were Apple, Microsoft, and Google. One thing that is common in all the three brands is Artificial Intelligence (AI), it means the success of modern businesses is somehow connected with the advanced technology and its useful applications. Presently, AI is the most innovative branch of Computer Science that helps develop machines, gadgets, and robots to facilitate the man in a variety of commercial and social activities. Be it the assembly line of a car manufacturing unit, the assistance of a robot during surgery in an operation theatre or security of the IoT system with the help of multi-factor authentication technology, the role of AI is quintessential and unstoppable in the digital era.

Today, AI is the growth engine of the automobile industry, more than 30 companies in different parts of the world are working enthusiastically to launch autonomous or driverless cars, prominent among them are Google, Apple, Tesla, and BMW. Though the concept seems somewhat fictional, but many of these companies have successfully tested their products and soon we all will be able to experience the magic of technology. Only the automobile sector is not influenced by the power of AI, it is ready to make a big impact on the entire ecosystem.

Growth of Artificial Intelligence in India

Indian government and corporate houses are also making huge efforts in this realm under the prime minister Narendra Modi’s Digital India Campaign. A few months back IT giant Infosys provided a Rs. 24 crore grant to Indraprastha Institute of Information Technology, Delhi (IIIT-D) for setting Artificial Intelligence centre at the college campus. This is one of the largest endowments that industry has provided to academia for research in India. Besides, there are dozens of firms in the IT, Computer Science, Programming, and Engineering sectors are working phenomenally well in the development and promotion of AI based technological solutions such as commercial robots and interactive gadgets. Due to the exemplary growth of AI technology, the demand for people with a degree and experience in AI is all time high in the industry and they are among the highest pay earners.

Are Machines Threat To Men?

Now the question arises, will machines replace the man in the future? As a majority is smitten with this fear, the question seems quite valid at this juncture. But, to a great extent it is just a self-created phobia and nothing more. People who are receptive and agile to adopt latest technologies are the superheroes of tomorrow. Because machines can sense an object to a limited extent while the man can contemplate it infinitely and can choose a variety of feasible options depending upon the need and situation, that's why artificial intelligence can never replace the human intelligence. Contrary to this, sometimes people have to perform various tasks which are either hazardous or impossible for the human beings, but machines can do such a work with much of ease and control. What’s important here, is taking maximum support from the machines, while performing a task and of course collaboration means mutual growth. In fact, machines can never replace humans, these are the people who start a revolution, and technology just accelerates its pace.